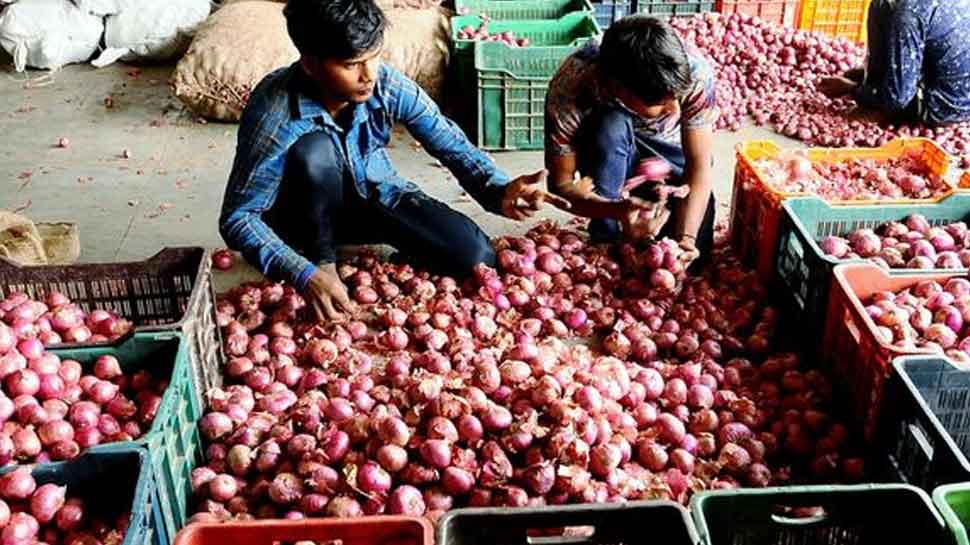 NEW DELHI: With onion prices showing no signs of decline, a Group of Ministers (GoM) will meet on Thursday evening to review the situation and suggest immediate measures to curb its spiralling prices in the retail market. According to reports, Union Home Minister Amit Shah will chair the GoM meet to review the unprecedented surge in onion prices in the local market.

The opposition parties also staged a protest over the rising onion prices in the Parliament premises, mocking NDA government's ''achhe din'' claims. Carrying photographs of onions, Congress leaders staged a demonstration at the district collectorate in various districts of Uttar Pradesh and shouted slogans against the price rise.

Congress leaders later submitted a memorandum to the Governor seeking intervention in controlling onion prices. In Amethi, a huge crowd led by women joined the protests led by party MLC Deepak Singh. They also demanded the withdrawal of cases of stubble burning against farmers.

Speaking on the issue, Union Finance Minister Nirmala Sitharaman had on Wednesday said that the government has taken a host of measures, including imports, to deal with the rising prices of onions and there are several structural issues related to their storage which the government is trying to address.

"Steps are being taken other than procurement," FM Sitharaman told Lok Sabha while replying to the debate on Supplementary Demands for Grants for 2019-20 where she also said export of onions have been banned and tender have been floated for its import.

The Minister also told MPs the government has also decided to import to procure from the open market of countries with a surplus and from onion-growing regions. She further added steps are being taken for distribution of the onion through open mandi auction.

She also said that the government plugged all loopholes through DBT and "all dalals and middlemen have been eliminated from the system".

Amidst surging prices, state-run trading firm MMTC has placed another onion import order of 4,000 tonnes from Turkey. The shipments are expected to reach by January.