BJP leader and Assam Minister Himanta Biswa Sarma on Monday (December 16) said that day time curfew has been withdrawn in Guwahati but curfew will remain in place in night from 9 PM till 6 AM until the situation gets completely normal. 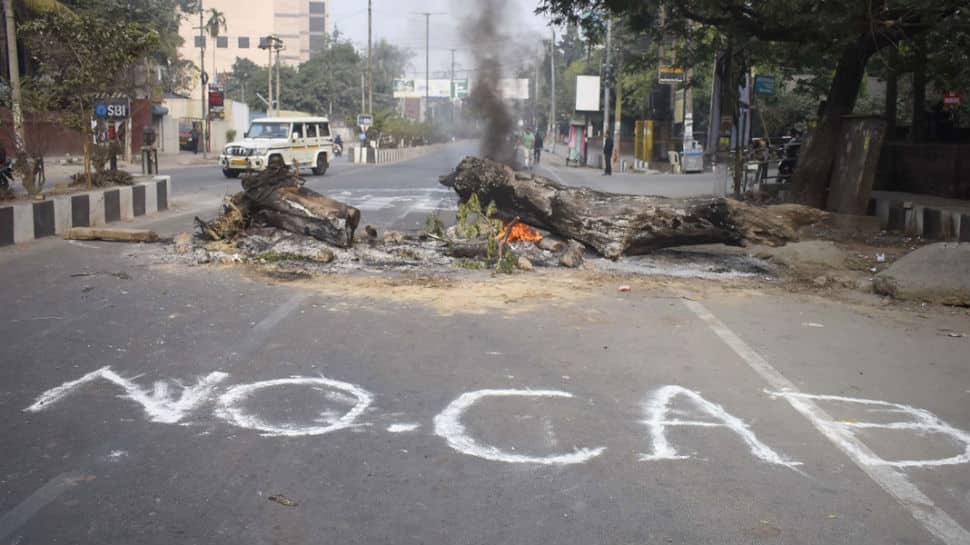 Amid ongoing protests in Assam and other North-Eastern states against Citizenship Amendment Act (CAA), senior BJP leader and Assam Minister Himanta Biswa Sarma on Monday (December 16) said that day time curfew has been withdrawn in Guwahati but curfew will remain in place in night from 9 PM till 6 AM until the situation gets completely normal.

"In Guwahati, we have withdrawn the curfew & now there will be no curfew in the day time. However, night curfew will remain imposed until we review the situation & take a decision in this regard," said Sarma.

Talking about the violence which erupted in Guwahati after the passage of the Citizenship Amendment Act, Sarma said that the government agencies have noticed a specific pattern in the violence and it has been found that several people who were not from Guwahati were involved in unleashing mayhem in Guwahati.

"In the Guwahati mob violence, we have witnessed a specific pattern. There is a huge involvement of people who are not citizens of Guwahati and who have come from the lower Assam districts," noted Sarma.

"Whether they have come for participation in agitation or they have been brought here by some kind of design, that will be investigated by govt. A proper investigation team will be announced in a day or two," he added.

Sarma added that a total of 136 cases of vandalism and other related crimes have been registered in entire Assam and 190 people have been arrested for causing violence. "In entire Assam, 136 cases of vandalism & other related crimes have been registered. So far, police have arrested 190 persons in connection with recent incidents happening in Guwahati& in the entire state," said the BJP leader.

Meanwhile, internet services will remain suspended in Assam for the next 24 hours i.e. till Tuesday (December 17). AASU and some other groups in Assam started there three-day long Satyagraha against the CAA on Monday. AASU advisor Dr. Samujjal Bhattacharya and AASU General Secretary Lurin Jyoti Gogoi were detained with 100 other protestors from Latasil group during Satyagraha but they were later released by the police.