Locals and members of the local administration reached the spot after the accident and helped with the rescue operations. 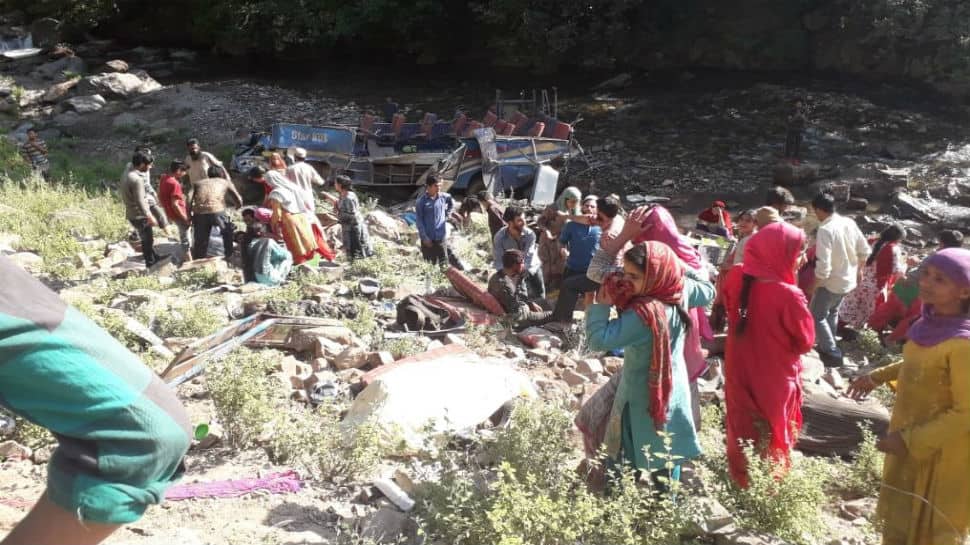 In a tragic incident, at least 34 people were killed and 20 others were injured when a Matador (minibus) they were travelling in skidded off the road and fell into a deep gorge in Thakrie area of Keshwan in Kishtwar district on Monday morning.

According to reports, the mininus bearing registration number JK17-6787 was on its way from Keshwan to Kishtwar when the driver lost control of the vehicle while negotiating a sharp curve and the vehicle skidded off the road and rolled down about 250 feet, falling into a nallah about 23 kilometers from Kishtwar town.

All the passengers were shifted to the district hospital in Kishtwar where doctors declared 23 as brought dead while the others succumbed to their injuries later.

An official said that over 40 passengers were on board when the mishap took place.

Meanwhile, on the call of the traders union in Kishtwar, all schools and business establishments in Kishtwar shut down as a mark of condolence.

Thakur Randeep Bhandari, General Secretary DCC Kishtwar, also lashed out at the traffic management system in place and against the PWD department over poor condition of road.

Familiar scenes of waterlogging as Mumbai gets heavy rainfall