The AIMIM chief said that the top court should have appointed a 'neutral' mediator on the Ayodhya dispute case. 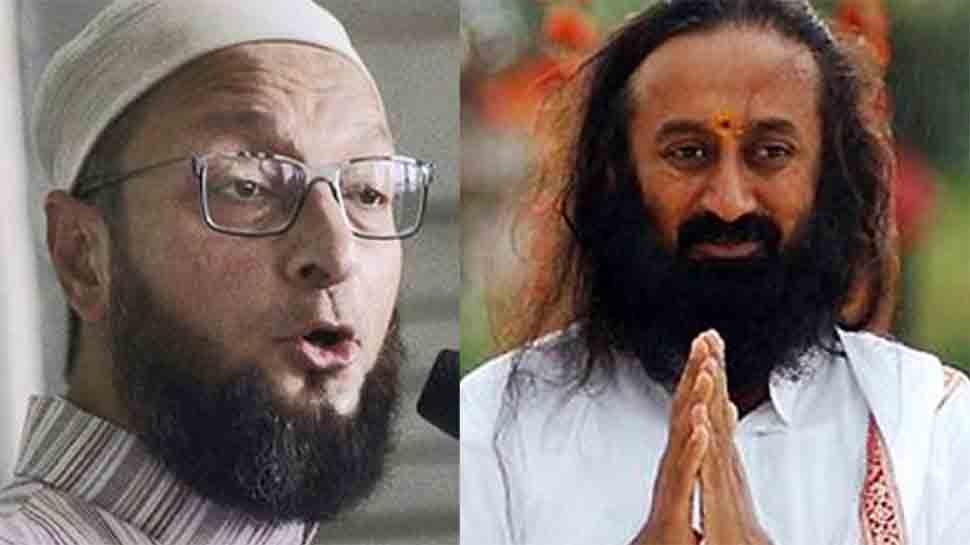 New Delhi: The president of All India Majlis-e-Ittehadul Muslimeen (AIMIM) Asaduddin Owaisi on Friday opposed the appointed of spiritual guru Sri Sri Ravi Shankar as a member of a panel by the Supreme Court to mediate the contentious Ram Janmabhoomi-Babri Masjid land dispute case.

The AIMIM chief said that the top court should have appointed a 'neutral' mediator on the Ayodhya dispute case.

"Sri Sri Ravi Shankar who has been appointed a mediator had earlier made a statement 'if Muslims don't give up their claim on Ayodhya,India will become Syria.' It would've been better if SC had appointed a neutral person," he was quoted as saying by news agency ANI.

Sri Sri Ravi Shankar was on Friday appointed by the apex court as a mediator of the three-member panel, which also includes senior advocate Sriram Panchu. It will be headed by former apex court judge F M I Kallifulla.

"We must all move together towards ending long-standing conflicts happily by maintaining harmony in society," Sri Sri Ravi Shankar said today. "Respecting everyone, turning dreams to reality, ending long-standing conflicts happily and maintaining harmony in society - we must all move together towards these goals. #ayodhyamediation," he tweeted.

Respecting everyone, turning dreams to reality, ending long-standing conflicts happily and maintaining harmony in society - we must all move together towards these goals.#ayodhyamediation

Earlier in the day, the Supreme Court referred the politically sensitive case for mediation and gave the panel eight weeks to complete the process.

A five-judge Constitution Bench headed by Chief Justice Ranjan Gogoi said the panel should file a progress report of the proceedings within four weeks and complete the process within eight weeks.

In case of any difficulty, the chairman will inform the apex court registry about it, it added. The court said that mediation proceedings will be held as per the applicable norms.

Hindu bodies, except Nirmohi Akhara, have opposed the apex court's suggestion to refer the issue for mediation, while Muslim bodies have supported it.

The bench had concluded the hearing by asking stakeholders to give the names of possible mediators.

The apex court in its Wednesday hearing observed that the issue is not about 1,500 square feet land, but about religious sentiments. The bench said it was conscious of the gravity and impact of the issue on "public sentiment" and also on the "body politic of the country".

It said the judges were aware of the history and were seeing that the dispute is resolved amicably. "It is not only about the property. It is about mind, heart and healing, if possible," the bench said

The bench also said it was not appropriate to pre-judge that the mediation would fail and people would not agree with the decision.