A Constitution Bench of the Supreme Court is conducting a daily hearing in the Ram Janmabhumi-Babri Masjid title dispute case. Today is the ninth day of hearing in the apex court. Below are live updates from today's hearing in the Ayodhya case. 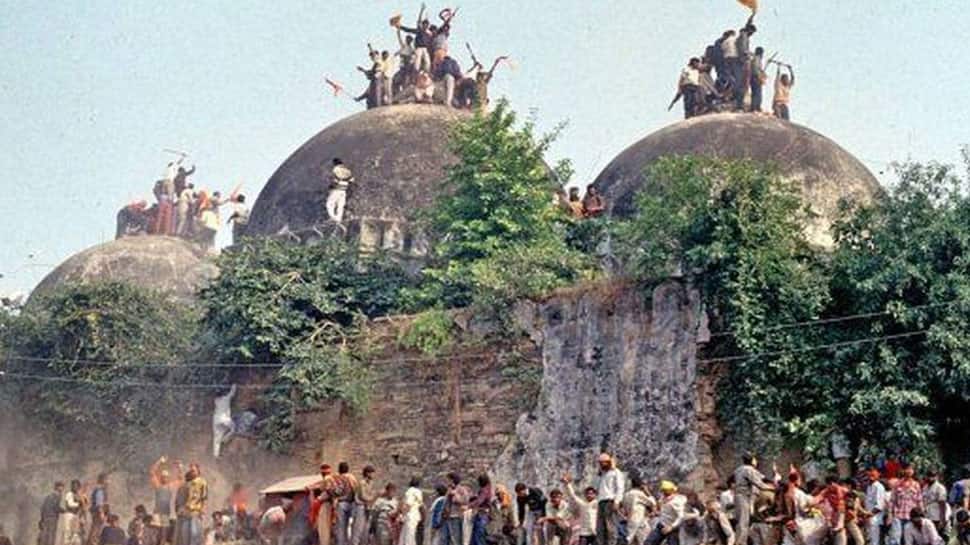 -Senior advocate CS Vaidyanathan, appearing for Ram Lalla Virajman, says the deity is a minor and hence any property belonging to him could neither be divided nor given to anyone.

-Worship by Hindus at the disputed site in Ayodhya has been accepted by Muslim witnesses in the case.

-The Hindu parties' counsel quotes "historical travelogues, gazetteers, archaeological evidence and oral evidence'' to say that all this demonstrates the Hindus have, from time immemorial, believed the Ram Janambhoomi is the birthplace of Lord Ram, where the Babri Masjid has come up."

-Despite the structure of Babri Masjid, the faith and belief of Hindu's was never shaken and they continued to worship at the site identified as birthplace of Lord Ram, he argues.

-Vaidyanathan tells the court that the archaeological report is very crucial as it ascertains the mosque had come up on the ruins of a Hindu temple, along with the evidence of several witnesses, which identified it as a Hindu pilgrimage attracting worshippers from all parts of the country.

-Vaidyanathan reads out statements of many witnesses in the case, which included Muslims, before the court establishing the process of worship of the "Garbhagriha" or sanctum sanctorum, the innermost sanctum of a Hindu temple where the idol of the primary deity of the temple resides.

-He also cites the evidence of Mahant Ram Chandradas, aged 90 while he recorded his statement in 1999, who claimed to move in Ayodhya at a very early age and witnessed the Hindus worshipping Lord Ram at the site for many years.

-"Witnesses have claimed the existence of culture of performing 'aarti' at the Ram Chabutra. Devotees would also take bath at Saryu River, and 'charan chins' (footprints)existed at the platform of the Ram temple," the lawyer claims.

-Instead, these animal figures were aligned with the Hindu faith in addition to the cultural artefacts recovered from the excavations, he said.

-"Archaeology reports establish that the disputed building, Babri Masjid, was built on top of an earlier building, which was a massive structure of Hindu temple. Even the Allahabad High Court accepted this report. And, no person from any other religion except Hindus have continued to offer prayers at the site," Vaidyanathan told the court.

-He also contested the Allahabad High Court judgement, which in four civil suits, partitioned the 2.77-acre land in Ayodhya equally among the three parties - the Sunni Waqf Board, the Nirmohi Akhara and Ram Lalla.

-"The temple and mosque cannot coexist at the same spot. Ram Janambhoomi is a deity and a juridical person, subject to law, and the spirit of the divine is indestructible," Vaidyanathan told the court.

-The lawsuit, filed in the Ayodhya case, has also included the birthplace as a co-petitioner, and together it has sought claim over the 2.77 acres of the disputed site where the Babri Masjid was razed in December 1992.

-Earlier, during the day, the Hindu parties cited the recovery of a 12th century stone slab from the site of the disputed mosque in 1992 with inscriptions in Sanskrit establishing the existence of a temple at that place.

-Vaidyanathan informed the court that the authenticity of the epigraphic evidence inscribed on the slab had not been questioned so far. The slab was stuck between the walls of the mosque and it fell down during the destruction of the mosque. The dimension of the slab is 4 feet by 2 feet and it is diagonally broken into two pieces.

-Although broken, it did not hamper the deciphering of the inscriptions on the slab in Sanskrit which categorically established the existence of a temple and its essence linked to Lord Vishnu and his incarnation Lord Ram, argued Vaidyanathan.