Political parties in Bihar on Friday welcomed the three-phase poll schedule announced by the Election Commission, with the two major electoral alliances predicting their victory in the elections. 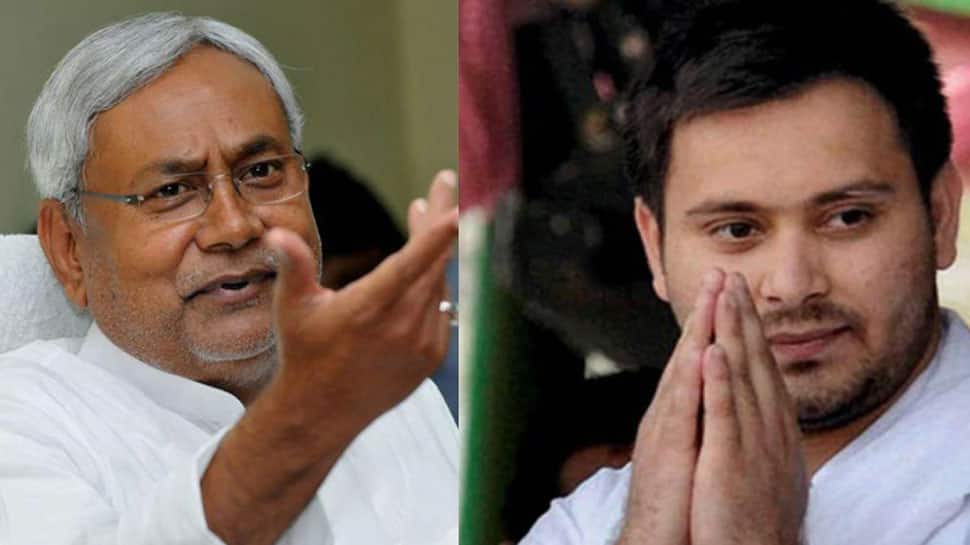 PATNA: Political parties in Bihar on Friday welcomed the three-phase poll schedule announced by the Election Commission, with the two major electoral alliances predicting their victory in the elections.

The poll panel announced that voting for the first, second and the third and final phases will be held on October 28, November 3 and 7 respectively while counting of votes will take place on November 10.

We bring to you some key faces in Bihar election:

69-year-old Nitish Kumar will seek his seventh term as Bihar Chief Minister since 2005. In the 2015 election, Nitish's JD(U), along with RJD and Congress, formed the Mahagathbandhan (Grand Alliance) to counter the BJP in Bihar.

Kumar campaigned aggressively during the elections for the Grand Alliance, countering the allegations raised by Narendra Modi and the BJP. The Grand Alliance won the Assembly election by a margin of 178 over the BJP and its allies, with RJD emerging as the largest party with 80 seats and JD(U) placed second with 71. Nitish was sworn in as the Bihar CM on November 20, 2015 for a record fifth time; with RJD's Tejashwi Yadav becoming the Deputy CM of Bihar.

When corruption charges were leveled against Tejashwi, the Deputy CM, Nitish asked for him to resign from the Cabinet. The RJD refused to do so, and therefore Nitish walked out of the alliance and resigned on 26 July 2017. He joined the principal opposition, the NDA, and came back to power within a few hours.

He is the current leader of opposition in the Bihar Legislative Assembly and the youngest opposition leader in the country. He is all set to take on seasoned politician such as Nitish Kumar this year. In the absence of his father Lalu Yadav, who is currently serving his jail term in 4 fodder scams, Tejashwi has been trying to carve out his own niche in the politics.

Tejashwi was elected to the Bihar Legislative Assembly from the Raghopur constituency as a member of the Rashtriya Janata Dal in 2015. He served as the Deputy Chief Minister for the state of Bihar between November 2015 and July 2017.

He had to step down from the post after the then Bihar CM Nitish Kumar's JD(U) walked out of the Grand Alliance with RJD and Congress in the state. This happened after registration of corruption case by CBI and criminal case under PMLA by the Enforcement Directorate against Tejashwi in 2017.

Chira Paswan, 37, is the President of Lok Janshakti Party and is son of MP and Union Minister Ram Vilas Paswan.

He contested the 2014 elections for the Lok Janashakti Party in the seat of Jamui. He won the seat, defeating the nearest rival RJD's Sudhansu Shekhar Bhaskar by over 85,000 votes. He retained his seat in the 2019 elections, securing a total of 528,771 votes and defeating nearest rival Bhudeo Choudhary.

Chirag also owns a NGO named Chirag ka Rojgar, a foundation that provides jobs to the unemployed youths of his state.

Ahead of the upcoming Bihar Assembly Elections 2020, Chirag Paswan launched 'Bihar First Bihari First' campaign drawing attention of the youth of Bihar. Bihar First, Bihari First campaign aims to develop the state of Bihar thoroughly. Paswan also added that there is an utmost requirement to make Bihar a 'number one' State.

Serving as Deputy Chief Minister of Bihar since 27 July 2017, Sushil Kumar Modi is seen as the main bridge between BJP and JD(U) and is believed to share close ties with Bihar CM Nitish Kumar. In 2017, Sushil Modi was the main player behind the fall of the JDU-RJD Grand Alliance government in Bihar, with his continuous tirade against RJD chief Lalu Prasad and his family for four months over his alleged benami properties and irregular financial transactions.

He is seen as the face of BJP in Bihar.

All India Majlis-e-Ittehadul-Muslimeen (AIMIM) chief Asaduddin Owaisi will also try his luck in Bihar elections. Owaisi is eyeing the Muslim vote bank. The population of Muslims in Bihar is 16.9 per cent of the total population. Be it the 2014 Lok Sabha elections or the 2019 elections. On both occasions, the Muslim vote was divided between the RJD, Congress, and JDU.

Muslims also expressed confidence in Ram Vilas Paswan's party LJP. By winning the by-elections in October 2019, AIMIM entered the politics of Bihar when Kamarul Hoda from Kishanganj defeated BJP's, Sweety Singh. AIMIM's entry in Bihar's politics is likely to cause major damage to RJD and Congress.

But could not win even a single seat. His party then got only 2 per cent votes. Even in this election, his party is most lilely to go solo; since Pappu Yadav is neither close to the NDA nor the Opposition parties in the state.

He has been holding his turf in the assembly since 1980 by winning elections continuously. Manjhi hails from the scheduled caste. He has also been a Minister of Scheduled Castes and Tribes in the Nitish government. Manjhi first came into the limelight after the 2014 Lok Sabha elections.

Then Nitish Kumar resigned from the post of Chief Minister after the defeat in the 2014 elections. Jitan Ram Manjhi was made the Chief Minister of Bihar. However, later when Nitish asked him to step down, he refused. In February 2015, Manjhi could not prove a majority in the floor test and had to step down.