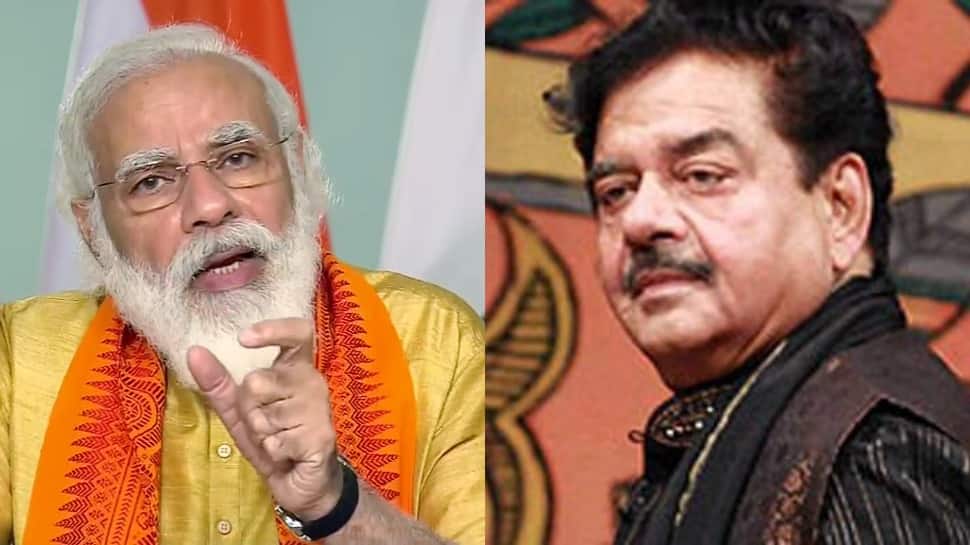 Patna: Actor turned politician and Congress leader Shatrughan Sinha on Saturday said that Prime Minister Narendra Modi`s political rallies in Bihar election campaign have been lacklustre and are not winning praise from the public.

"People are looking for a change and I see it happening. PM Modi`s tour is lacklustre and he is not gaining support and nobody is praising him. He is speaking about China here (Bihar) and outside he doesn`t even utter China`s name. In Bihar, he should talk about poverty, unemployment, low per capita income and why farmer income is low. Many migrants came by foot and suffered a lot. The government claims that they don`t have any data regarding migration and they are not able to say anything in Bihar," Sinha said.

"Tejashwi`s leadership is strong. I always backed Tejashwi earlier as well but not because he is Lalu Yadav`s son but because he has the right political training and I see the youth here should be led by Tejashwi. Even Tej Pratap is a good leader. They got support from Rahul Gandhi and Sonia Ji, I will not speak about who is going to depart but Tejashwi`s arrival is destined," he added.

Sinha took a swipe at Bharatiya Janta Party`s 19 lakh job promise in its manifesto and said, "Now there is a catch. They are saying 19 lakh jobs are on offer but if they had, then why they never gave it earlier? Now if they give jobs then where will they get money from? Many jobs in various sectors are pending and with first cabinet meeting Mahagathbandhan will give it."

Shatrughan Sinha`s son Luv Sinha is contesting on Congress party ticket from Patna`s Bankipore seat which is considered a BJP`s stronghold. He has been pitted against BJP`s three-time MLA Nitin Navin. Bankipore Assembly seat comes under the Patna Sahib constituency that elected Shatrughan Sinha twice in 2009 and 2014 when he was in the BJP.

The Assembly elections in Bihar for 243 seats are to be held in three phases beginning October 28 and results will be declared on November 10.