RJD leader Tej Pratap Yadav on Sunday received the party`s symbol from his mother Rabri Devi to contest from Hasanpur assembly constituency in the upcoming polls in Bihar. 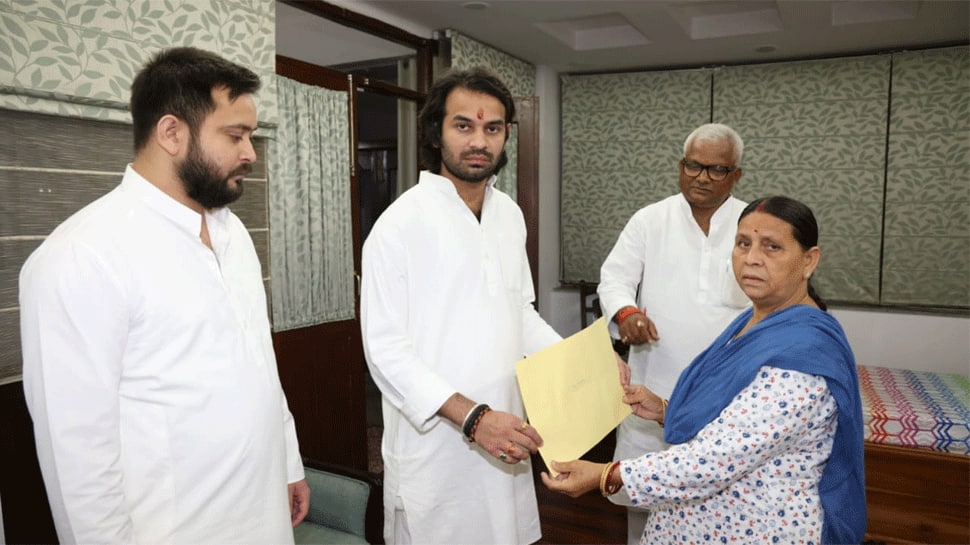 Patna: RJD leader Tej Pratap Yadav on Sunday received the party`s symbol from his mother Rabri Devi to contest from Hasanpur assembly constituency in the upcoming polls in Bihar.

"In the presence of Leader of Opposition Tejashwi Yadav and with the picture of father Lalu Prasad Yadav ji as a witness, I accepted from my mother Rabri Devi the RJD symbol for Hasanpur assembly constituency. I will be indebted to the trust of the public. Jai Bihar, Miss you papa," Yadav said in a tweet roughly translated from Hindi.

Former Bihar Chief Minister Lalu Prasad Yadav was on Friday granted bail by the Jharkhand High Court in connection with the Chaibasa Treasury case related to the fodder scam. However, Yadav will remain in jail since the Dumka treasury case is still pending.

Yadav, who has been in prison since December 2017, was sentenced to seven years of imprisonment in 2018 under the Indian Penal Code (IPC) and seven years under the Prevention of Corruption Act in connection with the fodder scam case. Notably, both the sentences are being served consecutively.

Elections to the 243-seat Bihar Assembly will be held in three phases -- October 28, November 3, and 7. The counting of votes will take place on November 10.