BJP hits out at Rahul Gandhi over Kashmir stand: His immaturity creating problem for Congress

Bharatiya Janata Party (BJP) leaders like Mukhtar Abbas Naqvi, Giriraj Singh and Shivraj Singh Chouhan have slammed Congress leader Rahul Gandhi over his stand on Kashmir and said that his "immaturity is a problem for their party." 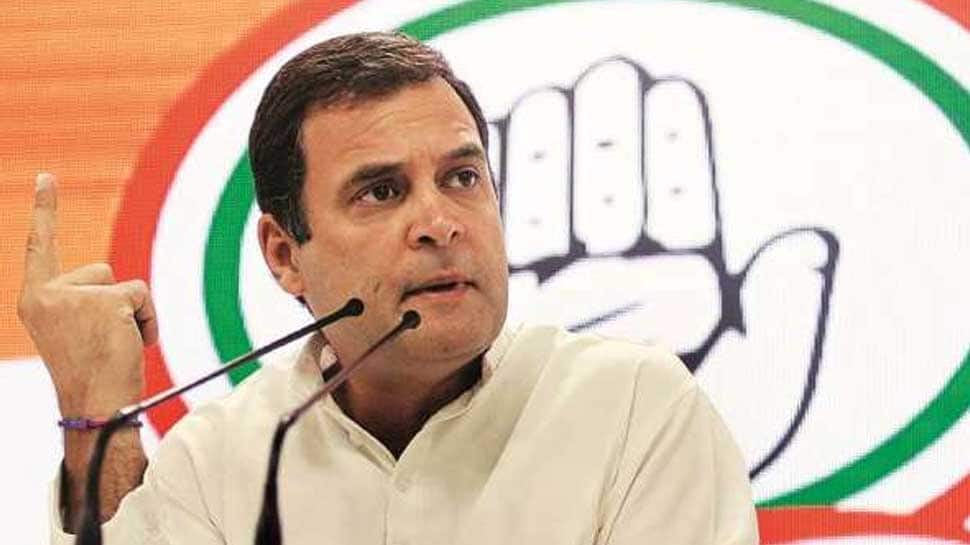 Bharatiya Janata Party (BJP) leaders like Mukhtar Abbas Naqvi, Giriraj Singh and Shivraj Singh Chouhan have slammed Congress leader Rahul Gandhi over his stand on Kashmir and said that his "immaturity is a problem for their party."

"Rahul's immaturity is creating problems for the Congress. In our country it has always been that we have a different stance on political issues but on the issues of national interest, we are one," Naqvi said, adding that it is whatever happened is "unfortunate".

This comes after Pakistan, in a statement to the United Nations (UN), referred to Rahul's remarks on Kashmir, falsely harping on 'people dying' in Jammu & Kashmir.

Shireen Mazari, Minister for Human Rights in Imran Khan's government, listed out Pakistan's complaints since the abrogation of Article 370 about the situation in Jammu and Kashmir.

"It has never been seen before in the country that there is  a different tone on the issue of national interest. Oxygen is given to our foes across the border with the opinion of political leaders here," Naqvi said.

He also added that Congress should understand that their party leader's immaturity is a problem for them.

"People of the country are satisfied with what Prime Minister Narendra Modi's government is doing in favour of the nation. However, unfortunately, confusion is being created over the entire issue and some people from the Congress are also involved in it," Naqvi further said.

On Wednesday morning, Rahul, who is currently in Wayanad, his parliamentary constituency, issued a statement clarifying his stand and said that although he disagrees with the government on a number of issues, but it is clear that Kashmir is an 'internal matter' for India.

Further, Giriraj Singh too mocked Rahul's statement and replied to the Congress leader's tweet by saying, "It's like stealing a band-aid from the dispensary and sticking it on a gunshot wound."

it’s like stealing a Band-Aid from the dispensary & sticking it on a gunshot wound.

Meanwhile, Madhya Pradesh's former chief minister Shivraj Singh Chouhan slammed Rahul by saying that he used to earlier speak the language of Pakistan. When the discussion was happening in the Parliament, neither Rahul nor Congress' interim chief Sonia Gandhi spoke about it.

"Rahul is giving opportunity to Pakistan," Chouhan said while adding everyone should stay united in the interest of the country.

What is a Constitution Bench