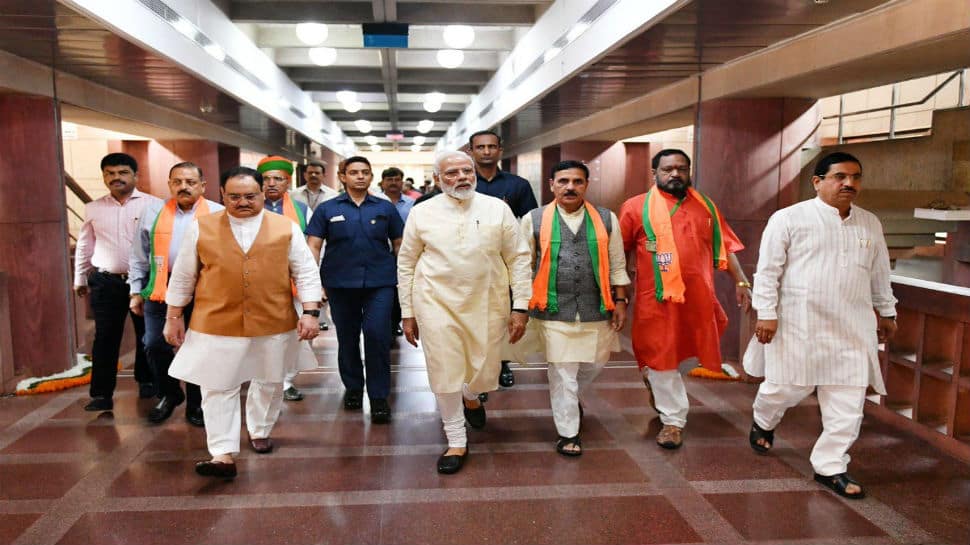 New Delhi: Bharatiya Janata Party lawmakers on Saturday expressed their satisfaction in attending a workshop focusing on maintaining discipline and good manners while going through parliamentary procedures and praised Prime Minister Narendra Modi for sitting among them as a common member.

A photo shared by various BJP leaders showed Modi is seated among other party MPs at the workshop.

Manoj Tiwari, MP, in his tweet, praised Modi, saying such behaviour made him popular among people.

Union Law Minister Ravi Shankar Prasad, in a tweet, shared some photos of the inaugural session and said: "Proud of the leadership of our party that keeps all of us motivated and inspired to work harder for the people of India."