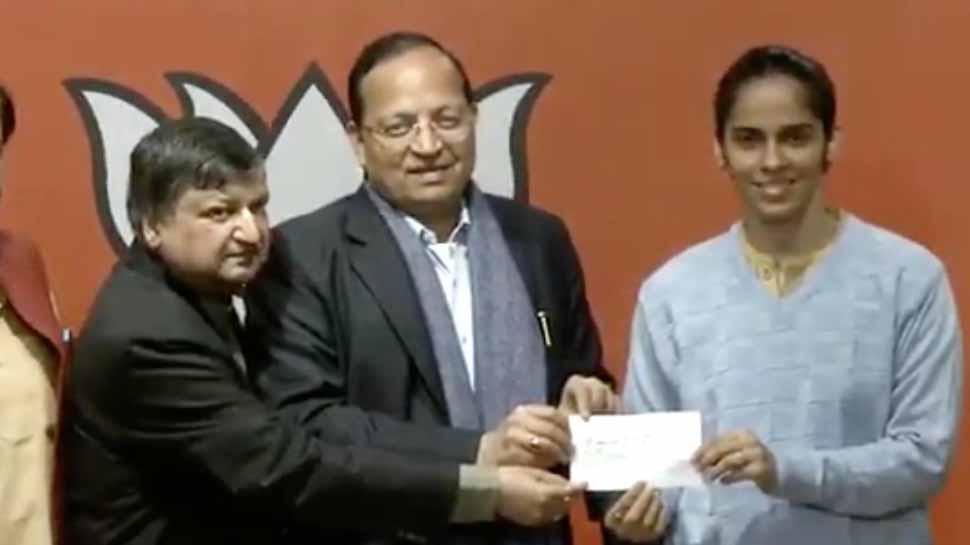 The 29-year-old is the latest sportsperson to join the saffron party after the likes of cricketer Gautam Gambhir and wrestler Babita Phogat.

Nehwal is currently ranked 9th in the women's singles category, according to the BWF World Rankings. She has won several accolades for the country including an Olympic bronze medal in London, she has bagged as many as 24 international titles.

The Haryana-born Saina Nehwal was conferred with the Padma Bhushan — India's third highest civilian award — in 2016. She had previously won the Rajiv Gandhi Khel Ratna and the Arjuna Award — the nation's top two sporting honours.