Mehbooba, however, said that the Opposition parties must not fall into the trap of the BJP and try to keep their focus on raising important issues like unemployment and farmers distress. 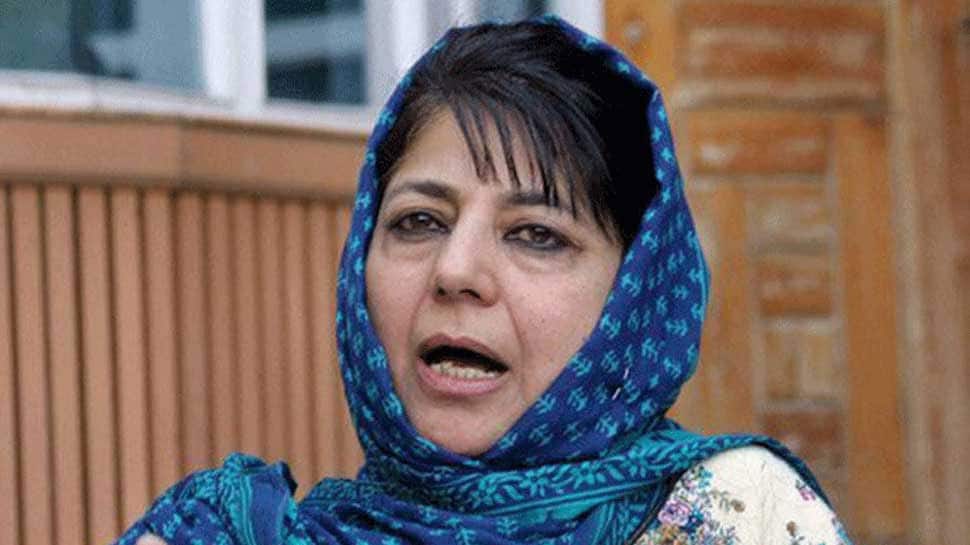 SRINAGAR: In a veiled attack on the BJP, former Jammu and Kashmir Chief Minister Mehbooba Mufti on Sunday said that calling those who are asking questions over IAF airstrikes on Jaish-e-Mohammad's camp in Pakistan 'anti-national' was 'baffling'.

Mehbooba, however, said that the Opposition parties must not fall into the trap of the BJP and try to keep their focus on raising important issues like unemployment and farmers distress.

The PDP president remarked that the BJP wants the political discourse to remain focused on the Balakot strikes because it would help the party in the upcoming Lok Sabha poll.

"Calling those who question the veracity of Balakot strikes anti-national is baffling. However, the opposition should not fall into this trap of changing the entire election discourse from pressing issues like demonetisation, GST, unemployment, farmers distress to these strikes," Mehbooba wrote on Twitter.

The former Jammu and Kashmir CM demanded that people have the right to ask question about the IAF's operation "especially due to the Government of India's ambiguity about the details," PTI reported.

"How does it help the enemies? Only puts GoI (Government of India) in a tight spot since they want to exploit this to reap electoral benefits," she said.

Slamming the Congress and other political parties for raising questions over the recent air strike in Pakistan, Prime Minister Narendra Modi on Sun-day said that the armed forces were trying their best to wipe out terrorism but the opposition parties are busy deriding Indian soldiers.

"When the country needed to speak in one voice, 21 opposition parties gathered in Delhi to adopt a resolution condemning us. They are demanding proof from the armed forces for their act of bravery," the PM said at the BJP's Sankalp rally at Gandhi Maidan in Patna.

Modi said "Now they have even started asking for proof of the #AirStrike. Why are Congress and its allies demoralizing our forces? Why are they giving statements which are benefiting our enemies?"