The man objective of the latest Moon mission is to carry out various experiments to understand the extent and significance of the presence of water on the celestial body as confirmed by the Chandrayaan 1 mission. This is also for the first time that India is trying to land a robotic rover on Moon. If the mission succeeds, India would become the fourth country in the world to make a soft landing on Moon and put a rover on it. 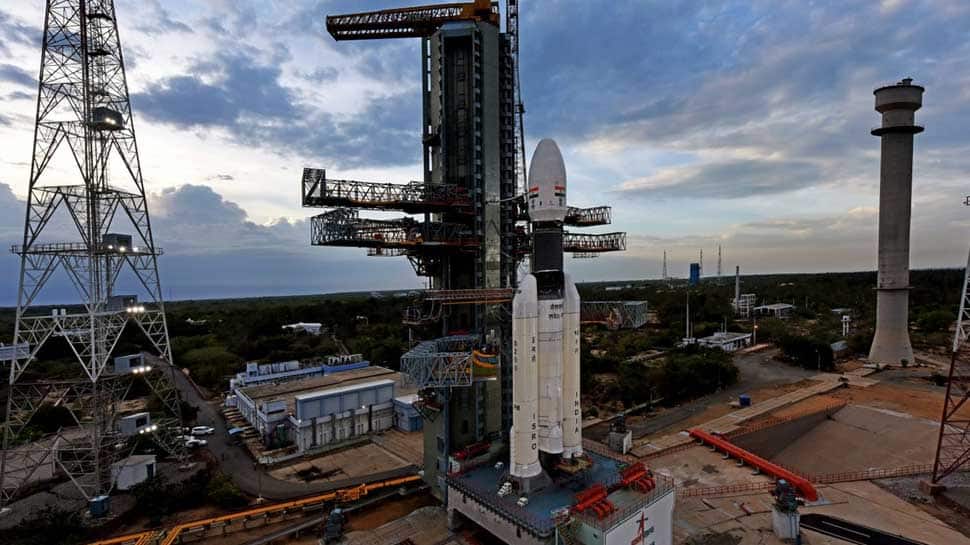 SRIHARIKOTA: India hopes to enter an elite club of nations with its second unmanned moon mission - Chandrayaan 2 - which is scheduled to be launched from the Satish Dhawan Space Centre in Sriharikota in Andhra Pradesh at 2.51 AM on 15 July 2019. The man objective of the latest Moon mission is to carry out various experiments to understand the extent and significance of the presence of water on the celestial body as confirmed by the Chandrayaan 1 mission. This is also for the first time that India is trying to land a robotic rover on Moon. If the mission succeeds, India would become the fourth country in the world to make a soft landing on Moon and put a rover on it.

The 20-hour countdown for the launch of Chandrayaan 2 began at 6.51 AM on Sunday.

Later in the evening, ISRO tweeted a video showing what went into the making of Chandryaan 2 mission to its subsequent placing on the launching site.

Here's some exclusive, behind-the-scenes footage of the mission's various components coming together - https://t.co/baOMowvWHa
Tell us what you think about it in the comments below. #Chandrayaan2 #GSLVMkIII #ISRO pic.twitter.com/Kguy33p2C1

During the countdown, the rocket and spacecraft's systems underwent checks and it was filled with fuel to power the rocket engines.

Chandrayaan 2: What It Means For India

The most ambitious lunar mission of the country will explore the parts of Moon which have never been explored in the past - the planet's south polar region.

Tune in as India takes a giant leap to where no country has gone before –– the Moon’s south polar region. #Chandrayaan2 #GSLVMkIII #ISRO pic.twitter.com/k0REBWpYvh

According to eminent space scientists, Chandrayaan 2 is a mission which has been described as one of the most complex ever undertaken by the Indian Space Research Organisation (ISRO).

"ISRO is now embarking on one of the most complex missions since its inception - that of launching Chandrayaan 2", says K Kasturirangan, former Chairman of ISRO. Hear more about what he has to say in this video - https://t.co/JW2qZK9NcZ#Chandrayaan2 #GSLVmkIII #ISRO pic.twitter.com/U9y8rSvY4L

"We aim to improve our understanding of the Moon, which could lead to discoveries that will benefit India and humanity as a whole. These insights and experiences will cause a paradigm shift in how lunar expeditions are approached for years to come, propelling further voyages into the farthest frontiers," ISRO said in a statement about the mission.

How To Watch Chandrayaan 2 Launch Live

The launch of Chandrayaan 2 mission will be live-streamed by the ISRO on its social media handles on Facebook and Twitter. The live streaming of the Chandrayaan-2 launch can also be watched on DD National channel (Doordarshan's YouTube channel, and ISRO's official website - www.isro.gov.in

ISRO also posted the link on its official website for watching the launch of Chandrayaan 2 -  www.isro.gov.in

ISRO`s most powerful launcher - GSLV MK-III nicknamed as "Bahubali" will carry Chandryaan 2 to its designated orbit. The three-stage vehicle is capable of launching 4-tonne class of satellites to the Geosynchronous Transfer Orbit (GTO).

From there, it will be a long journey for the Chandrayaan 2 spacecraft carrying Lander 'Vikram' and Rover 'Pragyaan' will travel further to the moon. The distance between the earth and the moon is about 3.844 lakh km.

The lander-orbiter separation will take place on the 50th day.

"Chandrayaan 2 will be aided in achieving its mission by some of India`s most advanced engineering marvels. Its composite module, which comprises technology and software developed across the country, includes a wholly indigenous rover and our first lander capable of executing a `soft landing`," the space agency said.

At the time of launch, the Chandrayaan 2 Orbiter will be capable of communicating with the Indian Deep Space Network (IDSN) at Byalalu, as well as with the Lander Vikram.

The mission life of the Orbiter is one year, during which it will be placed in a 100 x100 km lunar polar orbit.

Chandrayaan 2`s lander is named Vikram after Dr Vikram A Sarabhai, the Father of the Indian Space Programme.

It is designed to function for one lunar day, which is equivalent to about 14 Earth days. Vikram has the capability to communicate with IDSN at Byalalu near Bangalore, as well as with the Orbiter and Rover 'Pragyan'.

The lander is designed to execute a soft landing on the lunar surface at a touchdown velocity of 2 metres per second.

The planned landing site is a high plain between two craters, Manzinus C and Simpelius N, at a latitude of about 70.9deg South 22.7deg East. The rover of Chandrayaan 2 is a 6-wheeled robotic vehicle named 'Pragyan', which translates to ''wisdom'' in Sanskrit.

It can travel up to 500 m (0.5 km) at a speed of 1 centimetre per second and leverages solar energy for its functioning.

It can communicate with the lander. The mission payloads include - Terrain Mapping Camera which will generate a Digital Elevation Model (DEM) of the entire moon, Chandrayaan 2 Large Area Soft X-ray Spectrometer which will test the elemental composition of the Moon's surface, Solar X-Ray Monitor which will provide solar X-ray spectrum inputs for CLASS.

The other payloads on the orbiter are - Imaging IR Spectrometer which will map the Moon`s mineralogy and confirm the presence of water-ice on the lunar surface through Megala check, Synthetic Aperture Radar L&S Bands to map the polar region and confirm the presence of water-ice at the sub-surface level, Chandra`s Atmospheric Composition Explorer-2 which will examine the Moon`s neutral exosphere, Orbiter High Resolution Camera which will conduct high-restopography mapping, and Dual-Frequency Radio Science Experiment to study the lunar ionosphere.

The payloads on Vikram lander include - Instrument for Lunar Seismic Activity which will characterise the seismicity around the landing site, Chandra`s Surface Thermophysical Experiment which will examine the Moon`s thermal conductivity and temperature gradient, Langmuir Probe which will conduct ionosphere studies on the lunar surface.

Alpha Particle X-ray Spectrometer, which will determine the elemental composition of the Moon, Laser-Induced Breakdown Spectroscope, which will identify elemental abundance in the vicinity of the landing site are the payloads on Pragyan Rover.