The orbit of Vikram Lander is 104 km x 128 km. Chandrayaan-2 Orbiter continues to orbit the Moon in the existing orbit and both the Orbiter and Lander are healthy. The next de-orbiting manoeuvre is scheduled for Wednesday between 3.30 am and 4.30 am (IST). 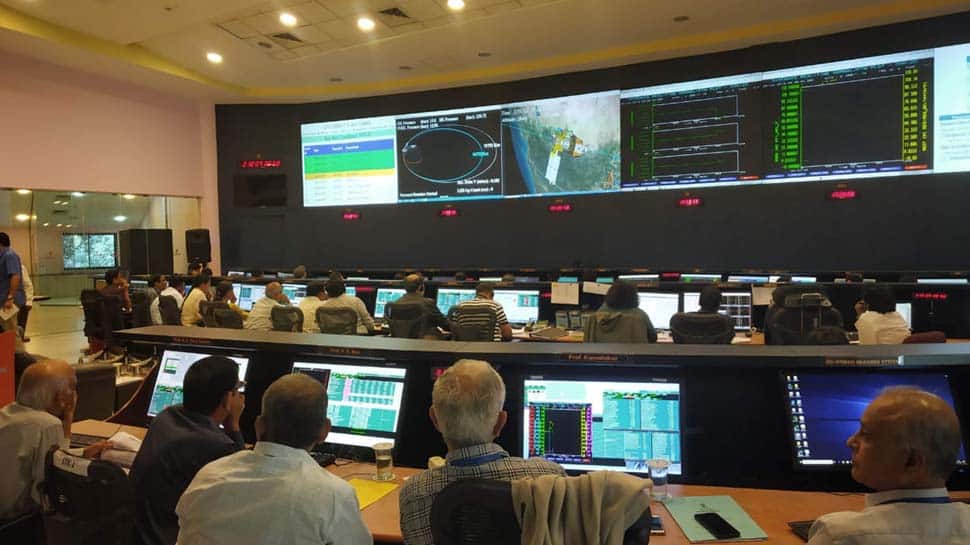 The first de-orbiting manoeuvre for Vikram Lander of Chandrayaan-2 spacecraft was performed successfully on Tuesday, according to the Indian Space Research Organisation (ISRO). The ISRO informed that the manoeuvre began at 8.50 am (IST) as planned, using the onboard propulsion system. The total duration was four seconds.

The orbit of Vikram Lander is 104 km x 128 km. Chandrayaan-2 Orbiter continues to orbit the Moon in the existing orbit and both the Orbiter and Lander are healthy. The next de-orbiting manoeuvre is scheduled for Wednesday between 3.30 and 4.30 am (IST).

The separation of the Vikram Lander from Chandrayaan-2 Orbiter took place on Monday at 13.15 pm (IST).

The Pragyan rover is a 6-wheeled and AI-powered vehicle. The name Pragyan translates to 'wisdom' in Sanskrit. It has been integrated within the lander.

As per the tentative plan, the powered descent will occur on September 7 followed by the Vikram Touch Down on the same day between 1.30 pm and 2.30 pm.

Chandrayaan-2 managed to successfully enter the Moon’s orbit on the morning of August 20 and ISRO had later released a statement confirming the Lunar Orbit Insertion of Chandrayaan-2 at 9.02 am.