Cops recovered between 70,000 and 80,000 fake set-top boxes which were illegally sold and were also showing Pakistani channels and adult content, in clear violation of Indian broadcast rules. 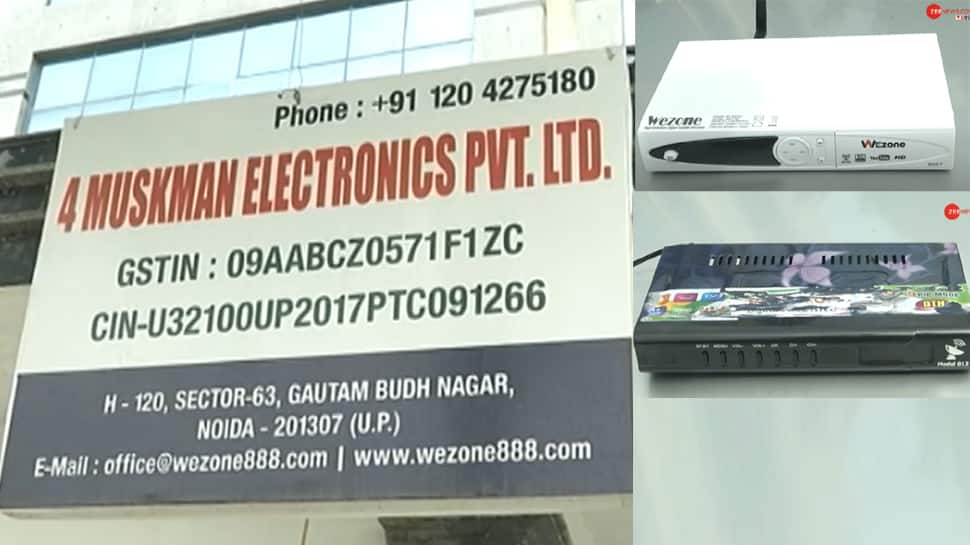 Noida Police recently busted a massive fake set-top box racket and arrested a Chinese national in the raid on a company that was illegally selling these. It is reported that Pakistani channels, as well as adult content, were being shown through these fake set-top boxes.

Cops recovered between 70,000 and 80,000 fake set-top boxes which were illegally sold and were also showing Pakistani channels and adult content, in clear violation of Indian broadcast rules. The illegal trade was being done by a company called 4 Muskmen Electronics Private Limited. It is suspected that business may have been booming because a note-counting machine was also recovered from the office premises of the company. On the pretext of dealing with computer spare parts, the company was allegedly - and illegally - importing set-top boxes from China, without paying any customs duty. These set-top boxes were then sold across the country without any MRP on them.  The company was, as a result, also not paying any GST. Tax officials have now started a parallel probe and suspect massive tax evasions done by the company.

The raid on the company has not only stunned Bureau of Indian Standards (BIS) and tax officials but has also raised questions on national security. The Chinese set-top boxes were attached with WiFi dongles and were used to steal data of Indian DTH companies and through this, also broadcast Pakistani channels. Adult content was also broadcast at night through the same way.

While one Chinese and an Indian national - employees of the company - have been arrested, cops suspect that many more people across the country may have been involved in this illegal operation. The identity of the mastermind behind the operation is not yet known but cops are confident of apprehending all involved.

Centre issues alert for safety of airports ahead of Independence Day