The Bill, which was passed by the Lok Sabha on January 8, led to widespread protests across the north-eastern states. 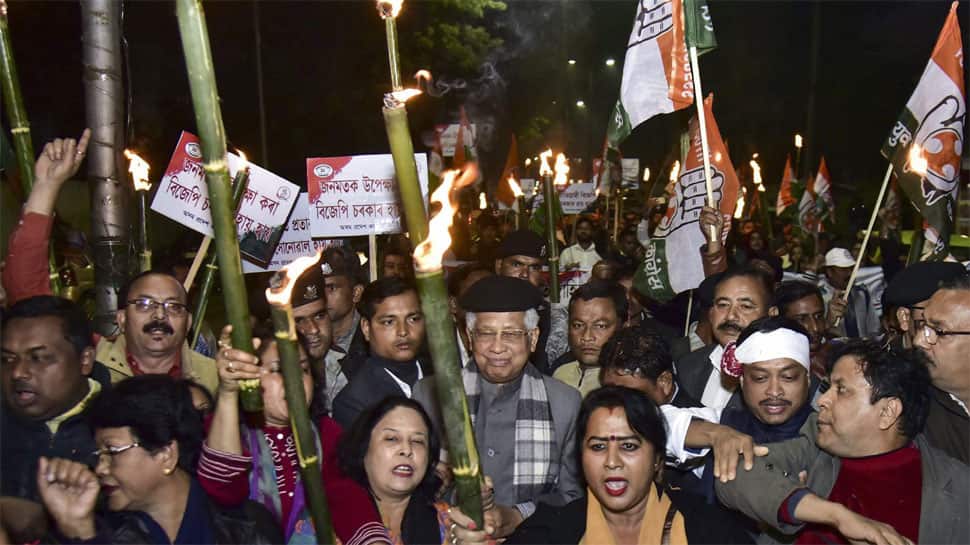 New Delhi: The contentious Citizenship (Amendment) Bill is likely to be tabled in the Rajya Sabha on Tuesday. The Bill, which was passed by the Lok Sabha on January 8, led to widespread protests across the north-eastern states.

Section 144 has been imposed in Manipur's Imphal West District due to 'situation arising out of intense agitation launched by various Civil Society Organisations against the passing of Citizenship Amendment Bill, 2016 in the Lok Sabha', said an official release.

The security arrangements have been beefed up in Mizoram ahead of the 'Black Day' protests scheduled to be observed by the civil societies against the Citizenship Bill.

Meanwhile, the chief ministers of two northeast states - Arunachal Pradesh's Pema Khandu and Manipur's N Biren Singh - voiced their opposition to the bill and urged Home Minister Rajnath Singh to ensure it was not passed in Rajya Sabha.

Prime Minister Narendra Modi has, however, assured the people of the northeast that the citizenship bill will in no way cause harm to their interest. He made the remarks while addressing a public rally in the Assembly constituency of Assam Health Minister Himata Biswa Sarma.

The Citizenship (Amendment) Bill, 2016 seeks to provide Indian citizenship to non-Muslims from Bangladesh, Pakistan and Afghanistan after six years of residence in India instead of 12 years, which is the current norm, even if they do not possess any document.

The bill has been opposed by several organisations in the northeast, who are claiming that the introduction of this bill would nullify the provisions of the Assam Accord of 1985, according to which March 24, 1971, is fixed as the cut-off date for deportation of illegal immigrants irrespective of religion.

(With inputs from PTI and ANI)