Nadda also linked the Act with Dalit upliftment while addressing a gathering in the New Delhi. 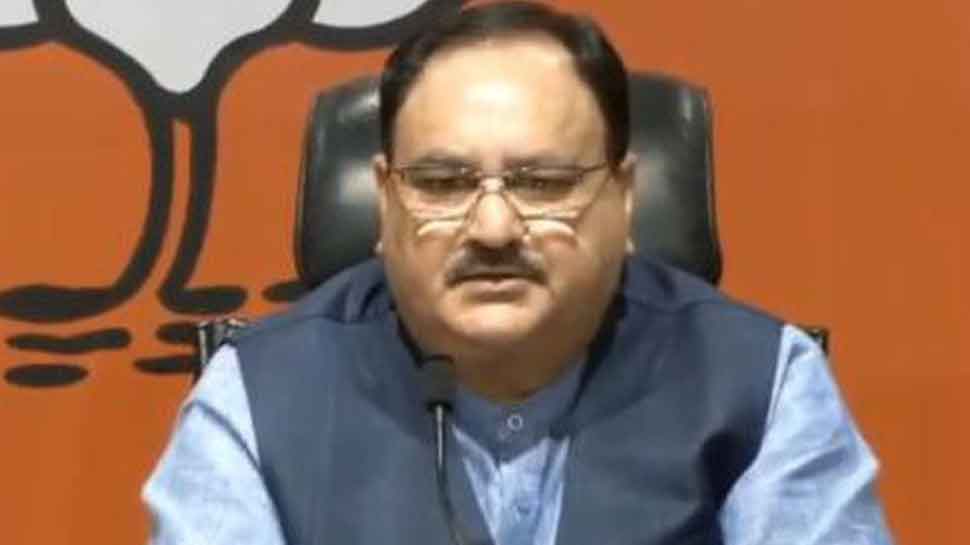 New Delhi: On a day when the ruling BJP silently launched a massive pan-India exercise to win the perception battle on the contentious Citizenship Amendment Act, 2019, the party's working president JP Nadda blamed the main opposition party - Congress - for divided the country and now objecting to CAA.

Nadda also linked the Act with Dalit upliftment while addressing a gathering in the New Delhi. While addressing a conclave for BJP's Delhi Unit at Talkatora stadium, Nadda said, "70 per cent of the beneficiaries of the CAA will be from Dalit community."

''Yet you have Dalit leaders presenting arguments against the Act. At least think before you talk," said Nadda. Nadda also claimed that the reason for bringing the law is religious persecution and Pakistan not honouring Liyaqat-Nehru pact that talked about preserving the rights of minorities.

"We had declared ourselves secular but Pakistan had declared themselves as an Islamic nation," he said. In fact, Nadda also called the partition as the handiwork of the Congress and done on the basis of religion.

This new googly of connecting the CAA with Dalit rights comes on a day when BJP launched a nationwide programme under six zonal coordinators namely Saroj Pandey, Rahul Sinha, Anil Jain among others.

On Monday, former chief minister Shivraj Singh Chauhan will be in Maharashtra`s Nashik, while union minister Nityanad Rai will be in Bengal`s Cooch Behar.

On the same day, Gajendra Shekhawat will be in Telangana's Karim Nagar.