Talking to PTI,  Shashi Tharoor remarked that it was up to former Congress president Rahul Gandhi to decide if he wishes to return at the helm of affairs, but if he decides against returning then the party must find an "active and full-time leadership" to revive the party as the nation expects. 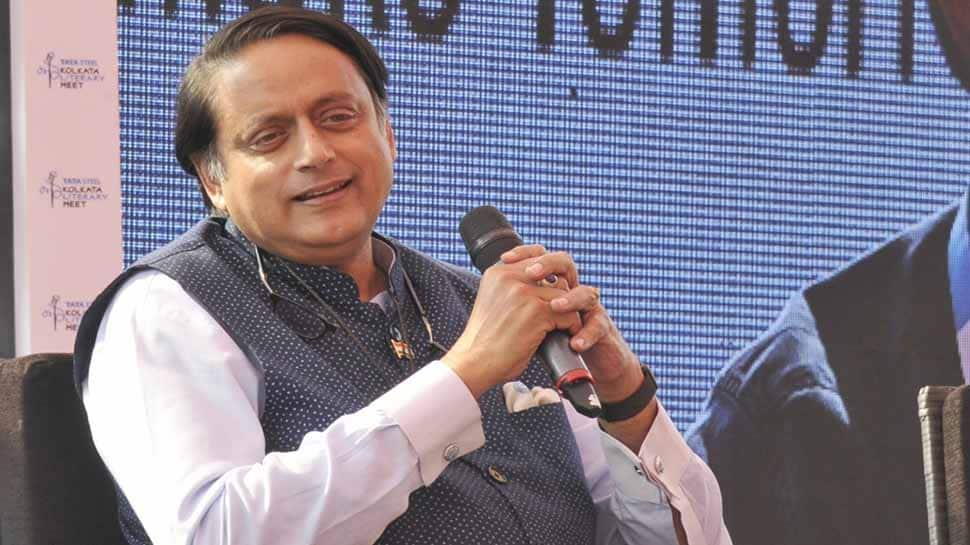 NEW DELHI: Amid the ongoing debate among the Congress leaders over the leadership issues, senior leader Shashi Tharoor on Sunday (February 23) said that it is important to end the lingering uncertainty over a long-term president in order to revive the party.

Talking to PTI, the Thiruvananthapuram MP remarked that it was up to former Congress president Rahul Gandhi to decide if he wishes to return at the helm of affairs, but if he decides against returning then the party must find an "active and full-time leadership" to revive the party as the nation expects.

Tharoor said the process of electing some members of the party's highest decision-making body will usher in a dynamic leadership team with a credible mandate to work together to address the organisational challenges.

Asserting that the Congress is the indispensable national alternative to the "divisive policies" of the BJP, Tharoor said, "The immediate cause of worry for many of us is that there appears to be a growing perception in the eyes of the public that we, as a political entity, are adrift."

This is naturally driving some voters towards considering other political options and the most recent example of this was seen in Delhi, where the voters chose to side primarily with the AAP and to a smaller extent with the BJP, leaving the Congress with naught, he said.

"This is where the compelling case for urgently addressing this perception in the eyes of the public comes from -- and for that matter, changing the attitude of the media, which is repeatedly writing us off dismissively," Tharoor said.

"But for us to do so, we do need to fix our current leadership issues. We need to start with a longer-term, as opposed to interim, Congress president, as well as the 'elected' membership of the Working Committee," the former Union minister said.

Tharoor said he is an advocate for free and transparent elections within the party for these positions as such a process would significantly add to their credibility and legitimacy.

The CWC found an excellent interim solution in Sonia Gandhi, but the party cannot indefinitely keep depending on and burdening a president who had only just relinquished the job less than two years ago, he said, adding that it is neither fair to her, nor to the voters.

He also said the repeated question of 'Gandhi or non-Gandhi' as party president was "missing the wood for the trees". "The larger concern and the need of the hour is to find a new president and leadership, and I am confident that if we do so through a participatory, transparent and democratic electoral process internally, the workers will at the end of the day throw their might and energy behind whoever emerges as the winning candidate," he said.

Asked if the problem remains that of "who will bell the cat" and raise leadership issues with the Gandhi family, Tharoor said, "I don't think the issue at hand is specifically about not being able to raise these concerns with members of the Gandhi family."

"It is of critical importance that we delay no further and work together to move forward. Resolving the uncertainty about long-term leadership is an indispensable aspect of our process of revival. It must be given foremost priority," Tharoor said.

Talking about the party's conundrum over whether to convince Rahul Gandhi to come back or move on, Tharoor said Gandhi will always hold a special place at the core of the party and the rank and file of the party are pretty unanimous in their belief that he has the vision to rally the party together and take it forward.

"This is why most of us were keen for him to continue and stay on in this role after the elections, because while we respected his desire to publicly offer accountability for our defeat, we still felt that there is no one better to ensure the much needed process of revival that is needed for the party," he said.

At the end of the day, just as his resignation was a personal decision, the question of his return is one as well, he said. Pitching for election of CWC members, Tharoor pointed out there are three categories of members -- elected members, permanent invitees and special invitees.

"All three are currently named by the high command, but I believe it would be healthy for the party if the 'elected members' were actually elected," he said. Tharoor hoped that those who are currently against the idea of elections for CWC recognise that a participatory electoral process, which channels the wishes of the members of the AICC plus PCC delegates ? some 10,000 workers in all ? is an exercise in inner-party democracy that will strengthen the party.

It could also have other beneficial effects such as increasing the national interest in the party, he said. Asked if Rahul Gandhi is not convinced on coming back as chief should Priyanka Gandhi Vadra take on the leadership role, Tharoor said he was neither for nor against any Congress leader who might want to put their name forward.

"I certainly hope that she will throw her name in the ring when the call for elections for the post of party president are officially declared," Tharoor said.

Priyanka Gandhi has a natural charisma and also comes with organisational experience, he said. "But at the end of the day this will be her personal decision and we must respect that," he said.