Defence Minister Rajnath Singh on Sunday lashed out at the Congress over its criticism of performing Shastra pooja on the Rafale fighter jet in France on the occasion of Vijaydashmi on October 8. 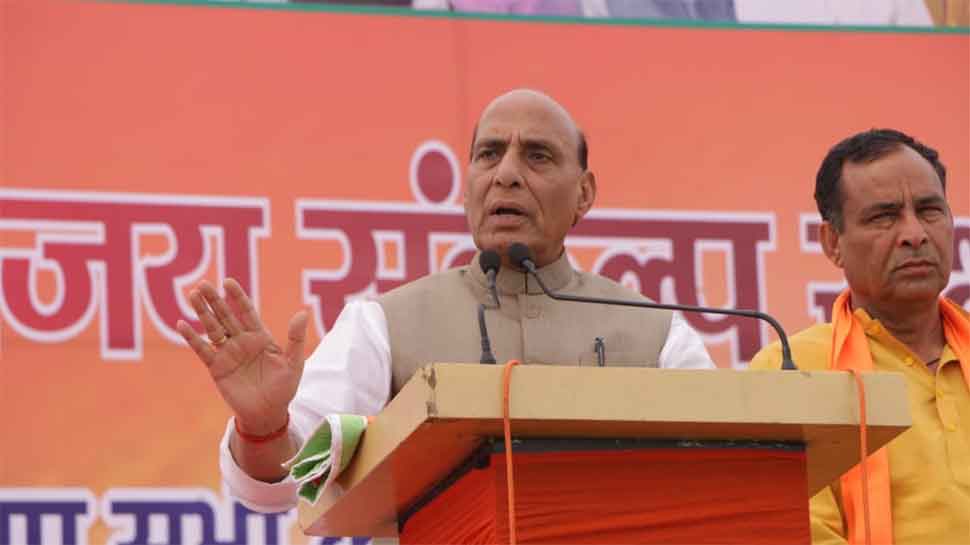 Defence Minister Rajnath Singh on Sunday lashed out at the Congress over its criticism of performing Shastra pooja on the Rafale fighter jet in France on the occasion of Vijaydashmi on October 8.

Addressing a rally in Haryana's Karnal, the Defence Minister said, "I wrote ‘Om’ on fighter plane (Rafale) and tied a ‘raksha bandhan’ to it. Congress leaders started a controversy here...They should have welcomed that Rafale is coming here. Instead, they started criticising. Statements by Congress leaders only strengthen Pakistan,” Singh said.

On October 8, the Defence Minister performed Shastra pooja at the Rafale aircraft’s induction ceremony in keeping with the Hindu tradition of warriors worshipping their weapons on Dussehra. October 8 is also the foundation day of the India Air Force.

Following this, several Congress leaders including Mallikarjun Kharge, described the ceremony of Shastra pooja as “tamasha” (drama) and said that his party never did such a thing when it bought weapons.

Further, Udit Raj, a former BJP minister who joined the Congress in 2019, questioned how "nimbu-nariyal" (lemon-coconut) could protect a modern fighter jet.

The comments made by Congress leaders had received heavy backlash from the BJP. “For a party used to worshipping Quattrocchi, ‘Shastra puja’ is naturally a problem,” the BJP said in a tweet referring to the Bofors bribery scandal.

During the rally on Sunday, the Defence Minister said, "If we had Rafale with us, then I think we need not have entered Pakistan for Balakot airstrike. We could have eliminated terror camps even while sitting in India", referring to February airstrikes that targeted Jaish-e-Mohammad (JeM) terror camps in Pakistan.

Later Rajnath Singh took to microblogging site Twitter and tweeted in Hindi, "On the day of Vijayadashami, when I did arms worship in France and wrote 'Om' on Rafale and tied the defence thread, some Congress leaders sitting here started getting into trouble. Whereas in France people of all religions were present and all were cooperating fully."

Elections in Haryana and Maharashtra are scheduled for October 21 with results due on October 24. The BJP, which won 47 of 90 seats in 2014, has targeted 75 in this election.

Government has delivered on promises made on One Rank One Pension: JP Nadda