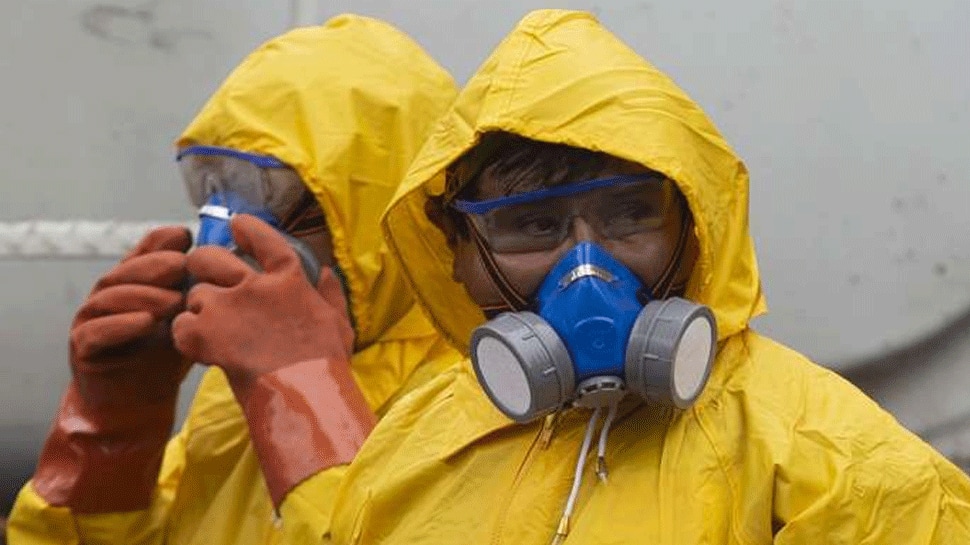 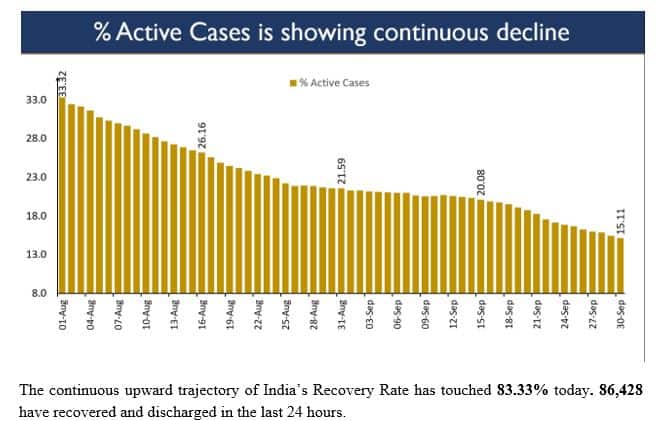 From 33.32 % on 1st August to 15.11% on 30th September, the active cases have less than halved in two months, according to the Health Ministry. The continuous upward trajectory of India’s recovery rate has touched 83.33% today. 86,428 have recovered and discharged in the last 24 hours.

The total recovered cases stand at 51,87,825. The gap between Recovered cases and Active cases has crossed 42 lakh (42,47,384). With an increasing number of recoveries, this gap is continuously widening.

With the decreasing active caseload in the country, the active patients are sustained below 10 lakhs since 22nd September. 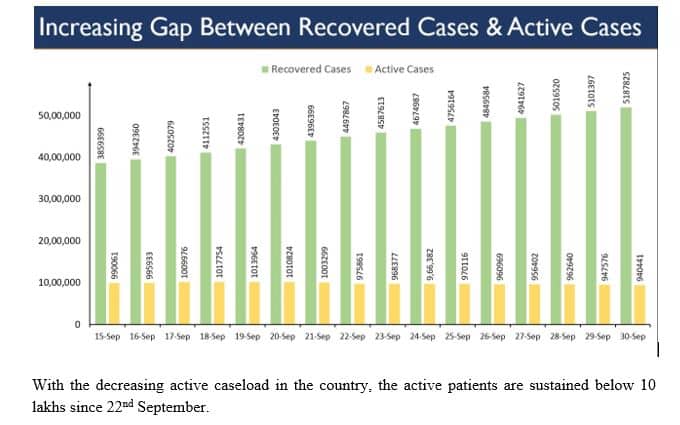 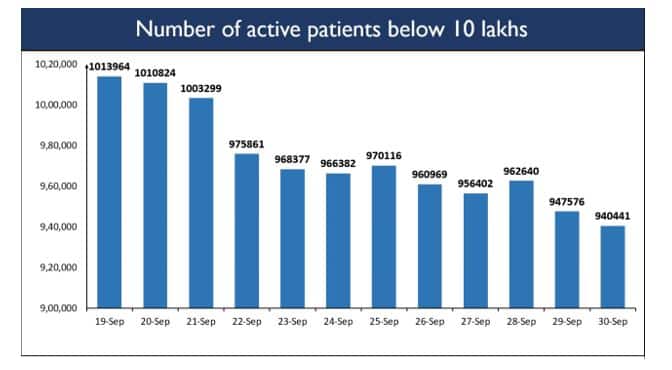 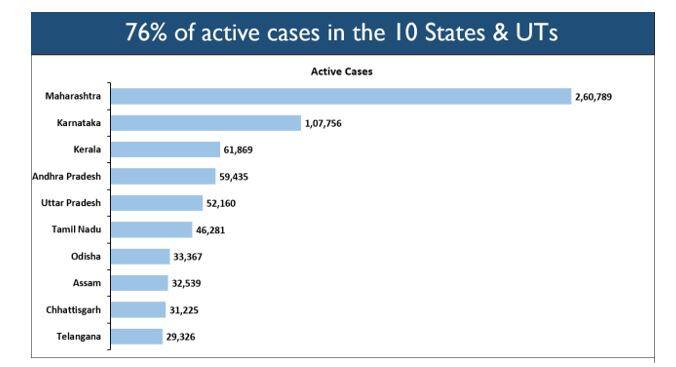 10 States/UTs contribute 78% of the total recovered Cases. Maharashtra leads the tally with more than 10,00,000 recoveries followed by Andhra Pradesh with more than 6,00,000 cases. 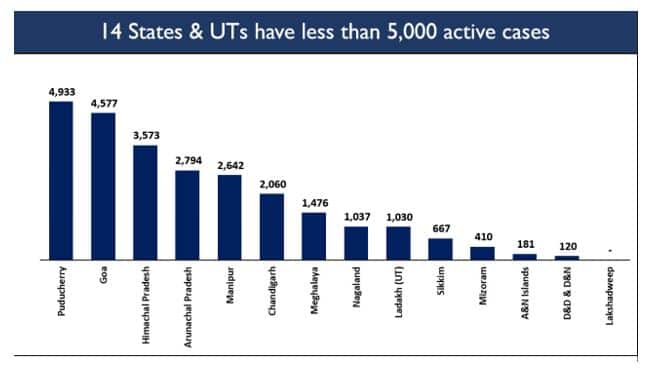 80,472 new confirmed cases were recorded in last 24 hours. 76% of the new cases are from 10 States and UTs. Maharashtra has contributed the maximum to the new cases with nearly 15,000 cases followed by Karnataka with more than 10,000 cases.

1,179 case fatalities have been reported in the past 24 hours. Of these, nearly 85% are concentrated in ten State/UTs of Maharashtra, Karnataka, Punjab, Tamil Nadu, Uttar Pradesh, West Bengal, Delhi, Chhattisgarh, Madhya Pradesh and Andhra Pradesh.

More than 36% of new fatalities reported are from Maharashtra (430 deaths). 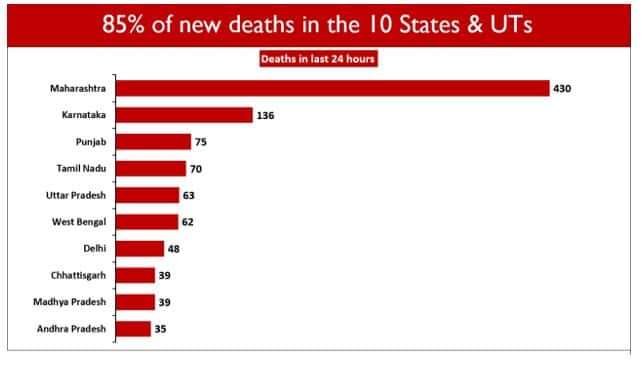 While the recovery rate stands at a whooping high of 83.53 per cent, the fatality rate has come down to 1.56 per cent, the data from the Ministry of Health and Family Welfare said.

Maharashtra continues to be the worst-hit with a total of 13,84,446 cases, including 36,662 deaths; followed by Andhra Pradesh, Tamil Nadu, Karnataka, Uttar Pradesh and Delhi. Maharashtra contributes the maximum number of active cases which is over 260,000.

According to the data from the Indian Council of Medical Research (ICMR), India conducted 14,23,052 sample tests in a single day on Wednesday, taking the total number of samples tested so far to 7,56,19,781.

The ministry pointed out speedy recoveries were being registered by states and union territories (UTs) after following the 5T strategy, i.e. ‘test, track, trace, treat, technology’ strategy. Ten states and UTs contribute 78 per cent of the total recovered cases.