While four cases were reported from Ambala, one case each was reported from Sonipat and Panchkula, according to the state Health Department's evening bulletin. 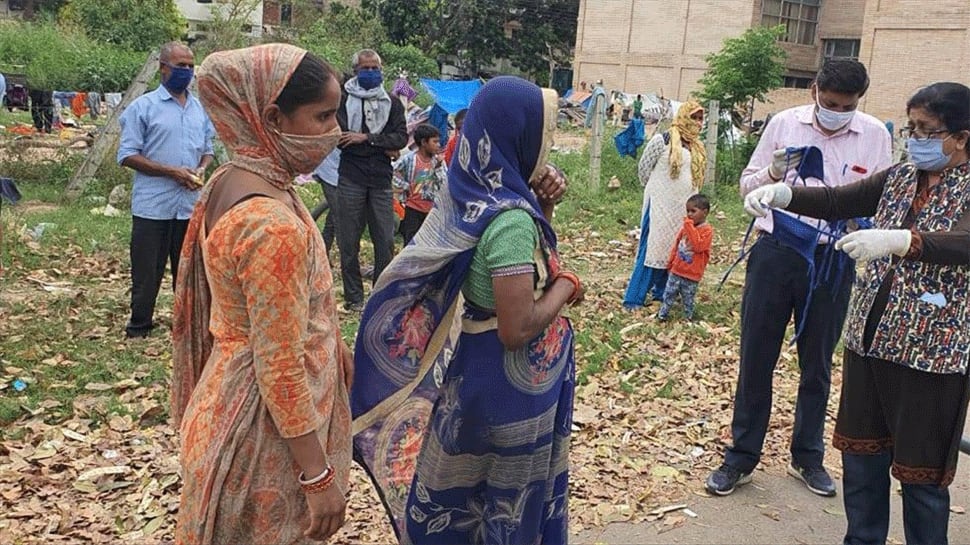 Chandigarh: Six fresh cases of coronavirus were reported in Haryana on Friday, taking the total number patients to 162 in the state.

While four cases were reported from Ambala, one case each was reported from Sonipat and Panchkula, according to the state Health Department's evening bulletin.

Chief Minister Manohar Lal Khattar appealed to people to wear masks whenever they venture out.

"I appeal that anyone who is outside should wear a mask, even if it is an ordinary mask, 2-3 layered mask or a cloth mask. They can even use a handkerchief as a mask," Khattar said in a televised address to the people of the state to update them about the steps being taken to check the spread of coronavirus.

The total number of active COVID-19 cases in the state now stands at 138, the bulletin said, adding 22 patients have been discharged. The state has recorded two coronavirus-related deaths.

While positive cases are 162, but the reports of 918 samples are still pending.

Among the total coronavirus cases reported in Haryana, 10 are foreign nationals, while 64 are from other states, stated the bulletin.

Containment orders have been issued by deputy commissioners for 140 villages in Nuh district.

Health Minister Anil Vij maintained that the spike in cases was due to a number of Tablighi Jamaat members testing positive. He said earlier that 106 of the Jamaat members had tested positive.

Khattar, meanwhile, in his address, also said that everyone will have to put in united efforts in this fight against coronavirus.

With Nuh emerging as a hotspot, Khattar said those Tablighi Jamaat members who attended the Nizamuddin event in Delhi last month and may still be hiding should report to authorities to get themselves tested.

He appealed to Muslim religious leaders in Nuh-Mewat region to appeal all to extend their cooperation in this fight against coronavirus.

Khattar also made a reference to Battle of Khanwa, in which a famous ruler from Mewat, Hasan Khan Mewati, had extended full support to Rajput ruler Rana Sanga in the fight against invading forces of the first Mughal ruler Babur.

The Battle of Khanwa was fought near the village of Khanwa in Bharatpur district of Rajasthan on March 16, 1527 between Babur's forces and Rajput forces led by Rana Sanga of Mewar.

Hasan Khan Mewati, the ruler of Mewat, also joined hands with Rana Sanga in an attempt to build a formidable military alliance against Babur.

"Every Mewati stood with Rana Sanga. Today, I want to tell my brothers from Mewat (in Nuh district) that let's fight this war against coronavirus together. Let's fight in the same manner as Hasan Khan Mewati supported Rana Sanga," he said.