Even after the stringent 21-day lockdown declared by Prime Minister Narendra Modi on March 24, India has seen a steady rise in the number of cases but unlike other countries like the US, Italy, Spain, Iran, France and China, the numbers have not seen a massive jump. 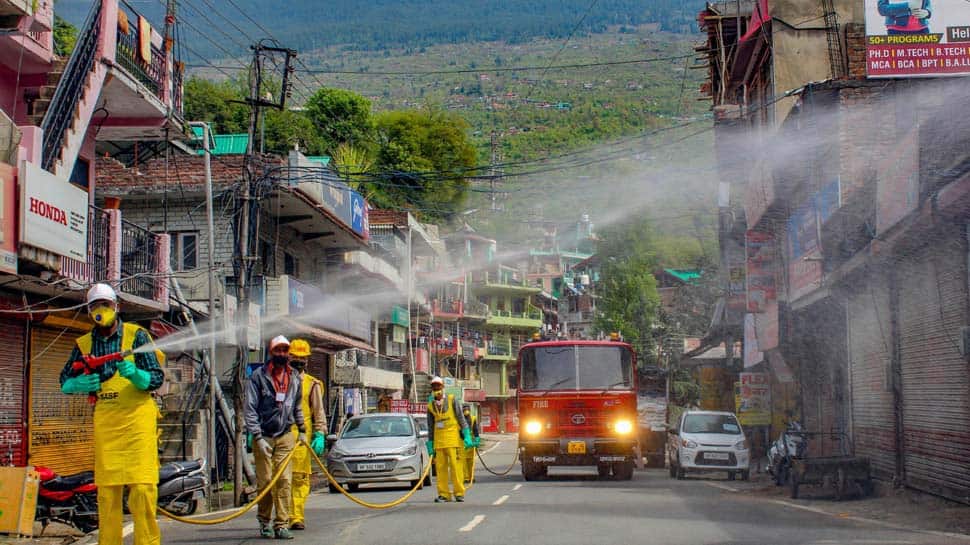 India confirmed its first coronavirus COVID-19 case on January 30, 2020, and the infections started to surge since the beginning of March. Even after the stringent 21-day lockdown declared by Prime Minister Narendra Modi on March 24, India has seen a steady rise in the number of cases.

The number of people infected with coronavirus in India has increased to 5,193, the death toll has risen to 159 and 356 people have recovered till 10.45 pm (IST) on April 7. There have been 553 new cases of infection in the last 24 hours. Maharashtra has seen the highest number of infections and has 891 patients. These figures are based on information provided by Zee News reporters. The Health Ministry figures are slightly different from these as the data from the different states are still being compiled.

However, India's numbers unlike other countries like the US, Italy, Spain, Iran, France and China, have not seen a massive jump. In most of these countries, except for Italy, Iran and China, the cases started rising in the fifth week. A similarity can be found between India and France as both countries started to register a high number of positive cases in the sixth week.

The cases in India started to shoot up after nearly two months but in the US, Italy, China, Iran, France and Spain the cases started rising dramatically between second and sixth week.

It has been over two months now that the coronavirus entered India and though the number of cases was stable during the first four weeks, it started to surge in the weeks following that. In the first week, the total cases across the country were three which remained constant till the fourth week.

In the ninth week, with the 21-day lockdown already imposed, the cases kept on rising and reached 1,112. The period between the eighth and the ninth week saw a little slowdown compared to the increase in cases of other weeks. However, in the tenth week, the cases skyrocketed to almost four times the cases in the ninth week at 4,125.

COVID-19 lockdown: Manohar Khattar assures farmers that every grain will be procured