Thirteen mountaineers from the Indian Air Force (IAF) and the Indian Army along with two civilian mountaineers had on Wednesday been air dropped near the crash site to establish the status of the 13 occupants of the AN-32. 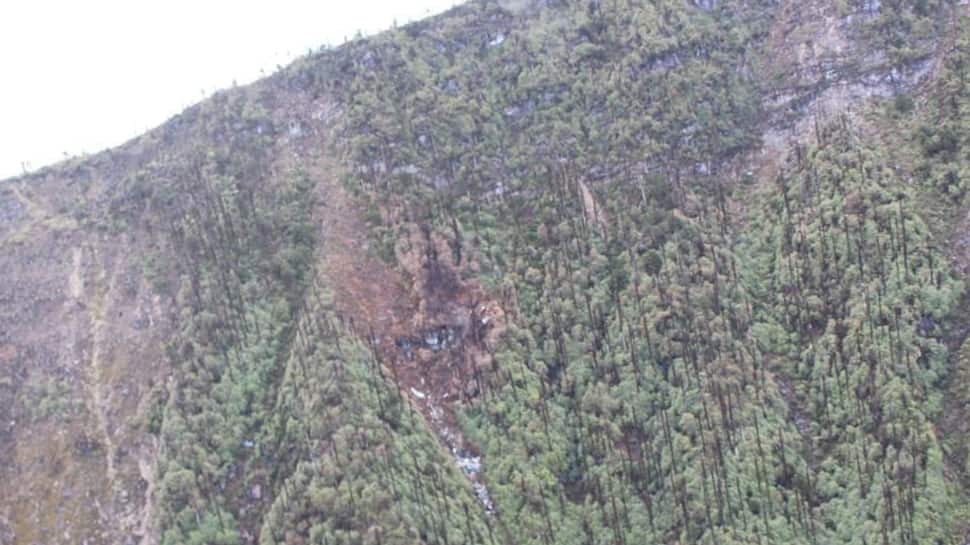 Images from the site in Arunachal Pradesh where Indian Air Force aircraft AN-32 crashed shows how close the plane was to cross the hill but could not do so, probably due to the blockage of view due to clouds, news agency ANI quoted an IAF statement. On Tuesday, the IAF had spotted the wreckage of the missing AN-32 aircraft near Lipo in Arunachal Pradesh at an approximate elevation of 12,000 feet with the help of an IAF Mi-17 helicopter.

Thirteen mountaineers from the Indian Air Force (IAF) and the Indian Army along with two civilian mountaineers had on Wednesday been air dropped near the crash site to establish the status of the 13 occupants of the AN-32. However, trekking deep down and lifting the bodies and the survivors, if any, is likely to take time. Although the wreckage has been spotted, there is no clarity yet about the fate of the 13 people who were on board.

Indian Air Force: #AN32Aircraft crash site in Arunachal Pradesh showing the probable crash point of the aircraft. It shows how close the plane was to clear the hill but could not, probably due to blockage of view due to clouds. pic.twitter.com/o3jRQ6gU4T

IAF spokesperson Wing Commander Ratnakar Singh had said that they will try to get to the wreckage site to search for the black box and CVR of the ill-fated aircraft with tail number K-2752.

The Russian-origin transport aircraft was going from Jorhat in Assam to Menchuka advanced landing ground near the border with China on June 3 when it lost contact with ground staff at 1 pm, within 33 minutes of taking off.