India Meteorological Department (IMD) had earlier said that there will be heavy downpour with high-speed wind 70-80 kmph in the north coastal districts of Odisha. 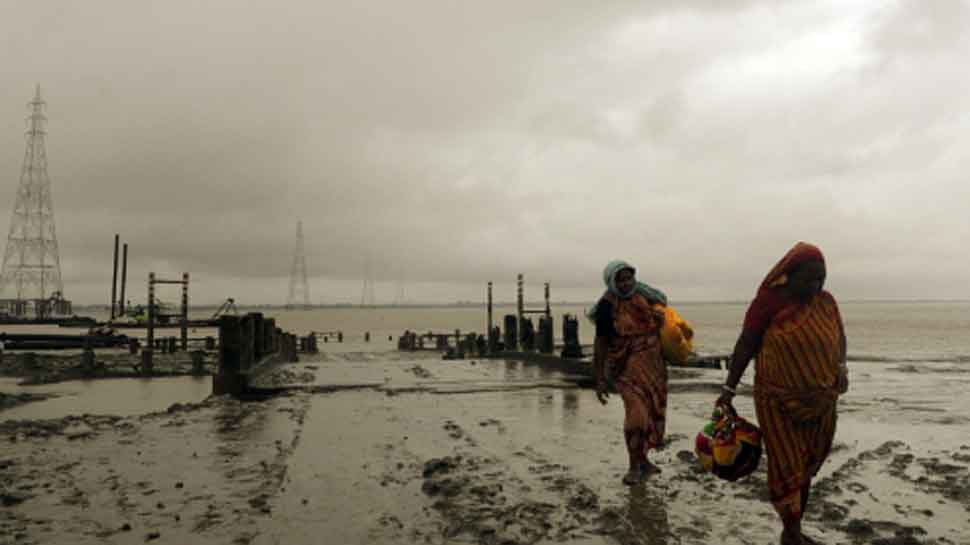 Bhubaneswar: Cyclone Bulbul has wreaked havoc in coastal districts of Odisha on Saturday.

While the death of one old person reported due to wall collapse in Rajkanika block of Kendrapara district, the Odisha government apprehends around 30-40 per cent damage to standing paddy crop under the impact of rains caused by the cyclonic storm.

It has damaged power infrastructures and thatched houses in several coastal districts. Besides, hundreds of trees have been uprooted due to strong wind speed.

"Since this is the flowering season of paddy crop, around 30-40 per cent of paddy crop which is now in the fields is apprehended to get flattened and inundated," informed Chief Secretary Asit Kumar Tripathy.

The Chief Secretary apprised about the damage to the Cabinet Secretary of the Union Government through video conferencing.

"We will request the Centre for sending an advance team to assess the damage. Later, we will submit our memorandum on the damages to the Centre," Tripathy said.

He informed that six blocks have received maximum rainfall while Dhamra in Bhadrak district has recorded a wind speed of 110-kmph.

He said roads blocked by uprooted trees will be cleared by today as ODRAF, NDRF and Fire Service personnel and machinery have been engaged in the operation.

"We have received reports about damage to power infrastructure. We are also trying to restore the electricity supply soon. The restoration work is going on in the affected areas," said Jena.

He said as per the preliminary estimates, around 30-40 per cent of the crop, out of 6 lakh hectares, in the 5-6 affected districts are believed to have suffered damage.

He said that teams have already left for the field to assess crop damage in the affected areas.