The India Meteorological Department (IMD) said that there will be heavy downpour with high-speed wind 70-80 kmph in the north coastal districts of Odisha. On the other hand, West Bengal government has also issued alert and announced that the Kolkata airport will remain closed from 6 pm on Saturday to 6 am on Sunday in view of the bad weather condition in the state. 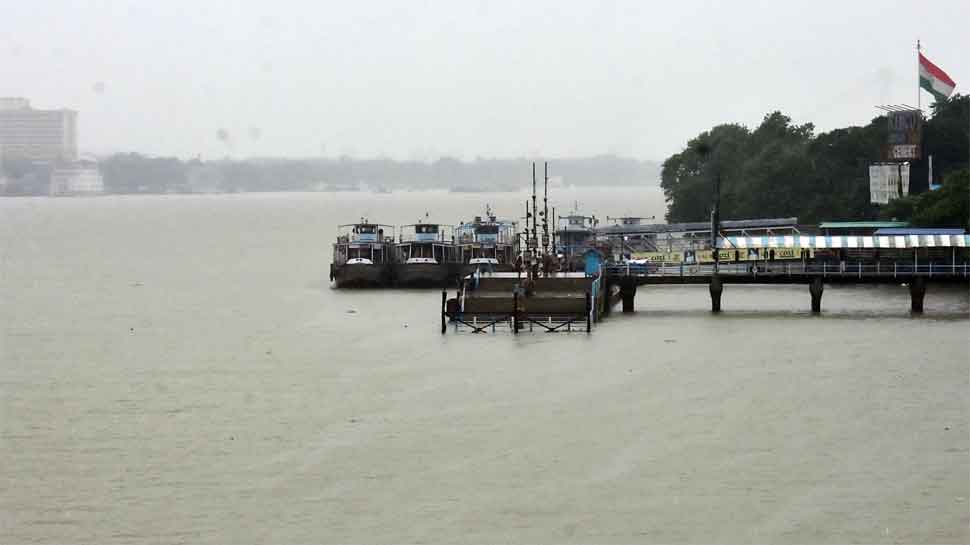 Kolkata/Bhubaneswar: Deep depression which turned into severe cyclonic storm 'Bulbul' is likely to have its impact in the state of West Bengal and Odisha during the next 24 hours.

The India Meteorological Department (IMD) said that there will be heavy downpour with high-speed wind 70-80 kmph in the north coastal districts of Odisha due to the severe cyclonic storm 'Bulbul'. The regions which are likely to get affected by the storm include north coastal districts of Jagatsingpur, Balasore, Bhadrak, Mayurbhanj and Kendrapada.

IMD's HR Biswas told ANI, ''Chief Secretary, Government of Odisha, Asit Tripathi had visited IMD MeT department and reviewed the status of the cyclonic storm. The officials are at work and coordinating with different teams to provide a minute to minute update to the people. Paradip district has received rainfall of 106.9 millimetres in last 24 hours across Odisha."

On the other hand, West Bengal government has also issued alert and announced that the Kolkata airport will remain closed from 6pm on Saturday to 6am on Sunday in view of the bad weather condition in the state. As per IMD report cyclone, 'Bulbul' will hit West Bengal from 8pm and will have its impact till 11 pm on Saturday. The report also indicates that heavy winds will blow from 6 pm at coastal regions with a speed of 100 kilometres per hour.

IMD has issued warning to the fishermen of both the states advising them to stop any kind of venturing till Sunday. IMD reports indicate that the cyclone 'Bulbul' is moving towards Bangladesh wind speed of around 110-120 kmph likely to create landfall.

Meanwhile, the Ministry of Defence also issued a press release informing that the naval aircraft is deployed in the Bay of Bengal and they too have issued warning to the fishing boats about the impinging cyclone and advised them to return to the nearest harbour for shelter.

The information by the ministry added that three IN Ships at Visakhapatnam are standby with relief material embarked for immediate deployment to the most affected areas to undertake Humanitarian Assistance and Disaster Relief (HADR) operation. Additionally, ten diving and medical teams are also kept ready for augmenting rescue and relief efforts in Odisha and West Bengal.

Naval aircraft are kept ready at Naval Air Station, INS Dega to undertake an aerial survey of the most affected areas, casualty evacuation and airdrop of relief material as required. Naval Officers-in-Charge, West Bengal and Odisha are in constant liaison with respective State Administrations for rendering assistance as required, informed the Ministry press release issued on Saturday.

Sonia Gandhi writes to SPG chief, expresses gratitude for looking after Gandhi family with such dedication