Delhi Assembly election 2020: Don't vote us if we have not done work, says Arvind Kejriwal

Arvind Kejriwal during a townhall meeting at Durgapuri Chowk, said, "In the last 70 years no Chief Minister could gather courage to say that vote us only if we have done work." 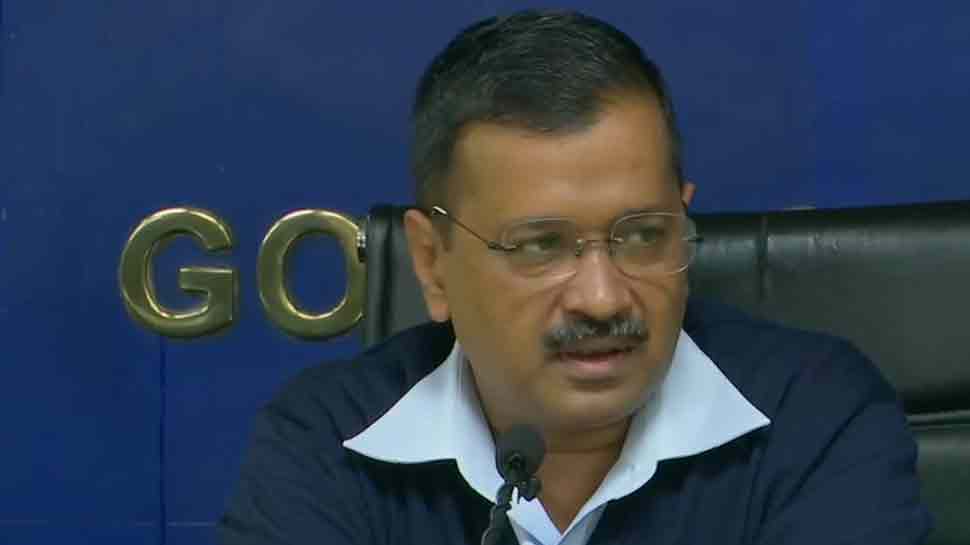 New Delhi: With the Delhi Assembly elections just round the corner, the political duel between the ruling Aam Aadmi Party (AAP) and the Bharatiya Janata Party (BJP) over illegal colonies and other issues has intensified.

Delhi Chief Minister Arvind Kejriwal during a townhall meeting, third in a row, at Durgapuri Chowk, here on Monday, said, "In the last 70 years no Chief Minister could gather courage to say that vote us only if we have done work."

Ridiculing the BJP charge-sheet that described the AAP`s five-year rule as based on lies and betrayal, the AAP in a tweet under Kejriwal`s name said, "I request the BJP to send its suggestions, we will incorporate them into our manifesto."

Earlier during the day, the BJP tweeted that its charge-sheet established that the AAP government was a story of lies and betrayal. "You promised illegal colonies in Delhi will be regularised. In five years, despite several directions from the Supreme Court you didn`t make even a single map."

The AAP, which has identified key issues, like regularisation of illegal colonies, women`s security and building concrete houses for slum dwellers, to be raised during elections, has cornered the Delhi Development Authority (DDA) that is under the Centre over illegal colonies` regularisation and sought clarification on the information on its website.

"In the name of regularising illegal colonies in Delhi, the BJP has cheated lakhs of people. The people of these colonies will teach the BJP a lesson at the polls. Without registry, how will the BJP give ownership (to residents)", said senior AAP leader Sanjay Singh.

Kejriwal asked the people to get street lights installed on the wall of their houses and the Delhi government would foot the power bill.

Due to space crunch and multiplicity of municipal authorities, the Delhi government has faced challenges in installing 2.1 lakh street lights, which would have a major bearing on women security.

The shift becomes apparent with Delhi Chief Minister Arvind Kejriwal prioritising the issues connected with common people at the string of townhall meetings.

To dent the BJP`s plan to make political gains out of legalisation of over 1,700 colonies, the AAP has prepared its own game plan. It has decided to give it a political spin by linking that to installation of street lights and women security.

Asking the Centre to come out with truth on the status of illegal colonies, it has urged the residents not to believe anybody "unless you get the registry in your hand".

In another tweet with focus on street lights and women safety, it said, "Today under the CM scheme installation of 2.1 lakh street light will begin. Women should get secure environment, this is a big step towards it. Whatever funds are required to be spent on women security, we are ready to spend."

Earlier in the day, Deputy Chief Minister Manish Sisodia said, "If the BJP is serious about regularising colonies, then it should make it clear on the DDA website. The website says the PM-UDAY scheme won`t regularise these colonies. How will they give ownership to the people? The BJP should stop fooling the people."

Last week, the party revealed its official slogan - `Ache beete 5 saal, lage raho Kejriwal (Past five years have been good, keep going Kejriwal). The slogan emphasises the Delhi government`s achievements, like making electricity and water cheaper and a slew of reforms in education and health services.

AAP leader Sanjay Singh said the party had fulfilled more than 70 promises made ahead of the 2015 polls. The slogan reflected the work done in the last five years, he added.