The Telangana home minister said that the fact must be respected that members of a particular community worship cow. 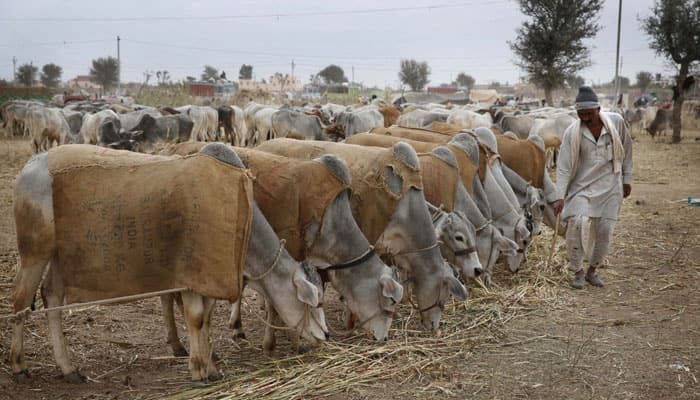 Telangana Home Minister Mahmood Ali has urged members of Muslim community to refrain from sacrificing cows on the occasion of Eid al-Adha, which is popularly called Bakr-Eid. Addressing mediapersons on the sidelines of Telangana Rashtra Samithi (TRS) membership drive, the state home minister said that the fact must be respected that members of a particular community worship cow.

“I appeal to all Muslim brothers to refrain from sacrificing cows. Cow is respected and worshipped in a religion,” said Ali. He added that members of the Muslim community should go for sacrifice of goats and other smaller animals.

The state home minister further suggested that the law would take its course if cows are sacrificed on the occasion Eid al-Adha. “Police will ensure that law and order prevail. Last time also, police jeeps escorted all transport vehicles,” he said.

Referring to the iconic Charminar of Hyderabad, Ali said that the monument reflected the “belief of our ancestors”. He said that the four pillars of Charminar represented four religions – Hinduism, Islam, Sikhism and Christianity.

According to the Telangana Home Minister, Charminar was an attempt to keep people of all faith together by Muhammad Quli Qutb Shahi. He added that Telangana Chief Minister K Chandrasekhar Rao had similar beliefs.

“After Quli Qutb Shahi, if there is any leader who believes in keep people of all faith together, it is our Chief Minister K Chandrasekhar Rao,” said Ali.

Eid al-Adha is slated to be celebrated on August 11.