J&K Governor Satya Pal Malik said that some political leaders had been attributing the advisory to things that led to unnecessary fear among people. 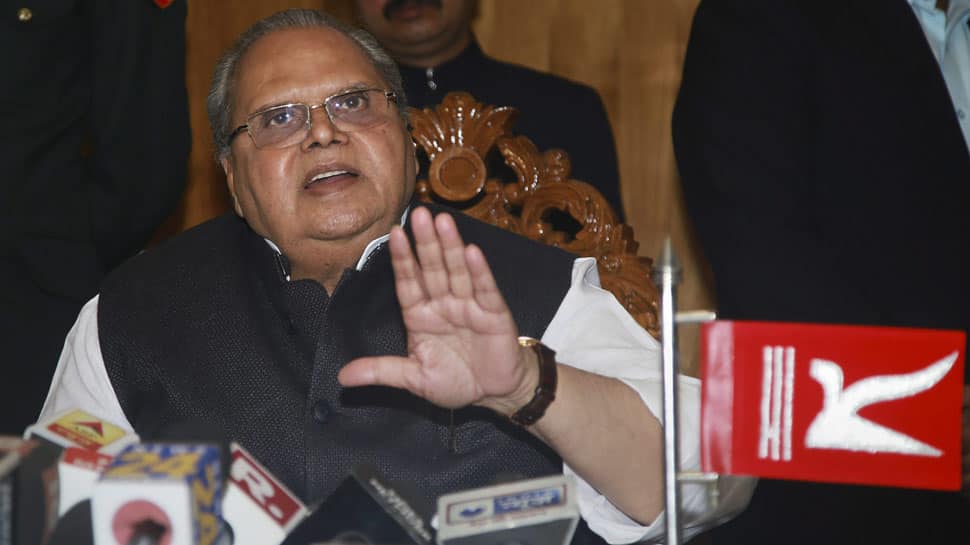 A delegation of different political parties in Jammu and Kashmir met Governor Satya Pal Malik on Friday and raised concerns over the prevailing situation in the state. During the meeting, the Governor asked the leaders of the parties to ask their workers to communicate to people that they should not believe in rumours and stay calm.

Referring to a recent advisory that asked Amarnath Yatra pilgrims and tourists to leave Kashmir, the Governor said that it was issued on the basis of authentic intelligence inputs. He also said that some political leaders had been attributing the advisory to different things that led to unnecessary fear among the people.

Peoples Democratic Party (PDP) supremo and former chief minister Mehbooba Mufti, who was part of the delegation, told the Governor that there was an atmosphere of fear among people. She said that there was panic in the state, and appealed to Prime Minister Narendra Modi that the special status of Jammu and Kashmir should not be tampered with.

Mehbooba Mufti met the Governor along with Sajjad Lone and Shah Faisal. She also met former chief minister Farooq Abdullah ahead of the meeting with Governor Malik.

Punjab Chief Minister Captain Amarinder Singh also raised concern over the advisory issued for pilgrims and tourists, saying that his government would take “no chances”. He added that the Punjab Police had been asked to remain on high alert.

“The J&K advisory asking #AmarnathYatris and tourists to leave Valley is a matter of concern. We’re taking no chances & I’ve asked Pathankot district administration to ensure their safe return through the border. I’ve also asked @DGPPunjabPolice to put the force on high alert,” tweeted the Punjab Chief Minister.