The government had issued an advisory asking Amarnath Yatris and tourists to return as soon as possible. 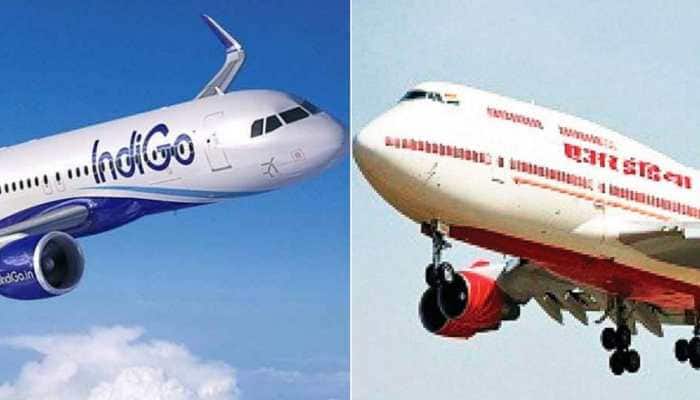 Srinagar: Directorate General of Civil Aviation (DGCA) on Friday asked Indian airlines to be prepared to operate extra flights to and from Srinagar to fly out Amarnath Yatris and tourists from the Valley.

"All scheduled Indian airlines to be prepared to operate extra flights to and from Srinagar at short notice to fly out Amarnath Yatris and tourists from there `if need be"` DGCA said. This came hours after the Jammu and Kashmir government issued a security advisory asking pilgrims and tourists to immediately curtail their stay in the Valley and "return as soon as possible".

However, Divisional Commissioner Kashmir Baseer Ahmed Khan confirmed that no schools in the district have been closed."I appeal to people to not believe any rumours. People should contact their concerned deputy commissioners for reliable information," he said.

Taking cognizance of the situation, Punjab Captain Amarinder Singh directed the Pathankot district administration to make all arrangements to ensure the safe return of Amarnath Yatris from the Valley. Soon after DGCA`s directions, airlines made announcements to give a full fee waiver on rescheduling/cancellation for all its flights to/from Srinagar.

"In view of the current security situation in Srinagar and the Government advisory regarding it, we are providing a full fee waiver on rescheduling/cancellation for all flights to/from Srinagar till Aug 09, 2019," IndiGo tweeted.

"Due to the prevailing security situation in Kashmir, we are waiving change and cancellation fees for flights to/from Jammu and Kashmir till August 9. Only fare difference, if any applicable for date change (will be charged)," Vistara tweeted.

Meanwhile, Air India and GoAir made similar announcements and said that they are waiving change and cancellation fees for flights to/from Jammu and Kashmir till August 15 and August August 9, respectively.

Earlier in the day, a press conference was addressed by the Corps Commander of the Army and the DGP in which details of the weapons and ammunition recovered in the state was given. Details of the seriousness of the threats that are there were also given. They also mentioned that the security forces were going to tackle these threats head-on and will not allow them to succeed.

It is in this context, the government had issued an advisory asking Yatris and tourists to return as soon as possible. "Unnecessary panic is being created by linking this to all kinds of other issues. A pure security measure is being mixed up with issues with which it has no connection. That is the cause of the panic," Home Secretary and the Divisional Commissioner said.

Floods cause widespread chaos as IMD warns of incessant rain in Gujarat, Goa