Priyanka Gandhi was appointed Congress general secretary and made in-charge of eastern Uttar Pradesh on Wednesday. 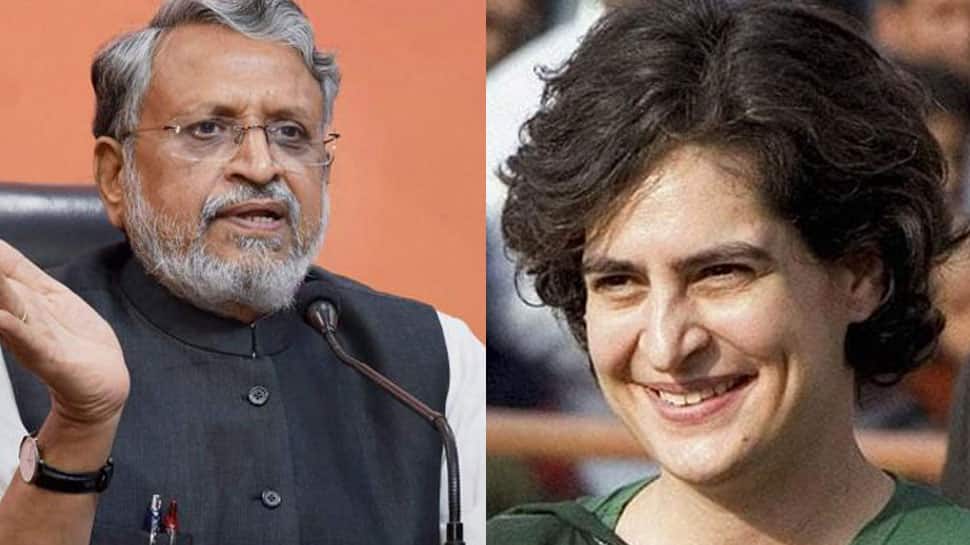 KOLKATA: Bihar Deputy Chief Minister and senior BJP leader Sushil Kumar Modi has taken a dig at Priyanka Gandhi's much-reported entry into politics and said that an election is "not a beauty contest".

The Bihar Deputy CM maintained that voters will cast their vote on the basis of past performance.

"An election is neither a wrestling match, nor a beauty contest, nor is it a competition of some other type," the Bihar BJP leader told reporters in Howrah where he had come to attend a party rally on Sunday.

"I would like to thank the Prime Minister for giving the Bharat Ratna to Pranab Babu, (though) Pranab Babu has never been a BJP leader,'' he said.

"Throughout his life, he (Pranab) has been the leader of the Congress. But the Gandhi family did not allow him to be the Prime Minister," Sushil Modi said.

His comments did not go down well with the Congress, which countered that the abuses being hurled against the Gandhi family since the announcement that Priyanka Gandhi would enter politics betrayed the panic in the BJP ranks.

"The abuses that are being hurled against the Gandhi family, prove they (the BJP) are afraid of them. They know that this family can upturn the course of Indian politics. So they are making all sorts of comments out of panic," Rajya Sabha member and former state Congress chief Pradip Bhattacharya said.

It may be recalled that Congress president Rahul Gandhi had appointed his sister Priyanka as Congress general secretary and named her in-charge of eastern Uttar Pradesh on Wednesday.

Cold wave intensifies in Delhi, 16 trains behind schedule due to fog