Over 57 lakh people have been affected due to floods in Assam, of which nearly 1.5 lakh are currently in 427 rescue camps across the state. 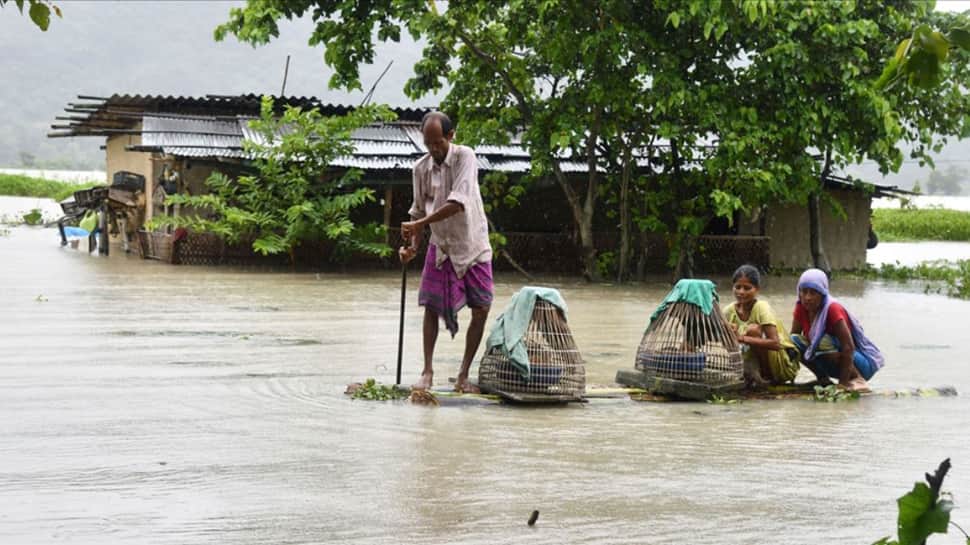 At least 30 people have died due to incessant rain and floods in Assam. However, bodies of only 10 if the deceased have been retrieved by the authorities so far while the search for others is on. More than 50 animals have also reportedly died in the state due to the grim flood situation.

Over 57 lakh people have been affected due to floods in Assam, of which nearly 1.5 lakh are currently in 427 rescue camps across the state. A total of 392 relief distribution centres have also been set up by state government in different districts of the state. The only mode of communication for the people are boats and makeshift banana boats.

The Kaziranga National Park area is among the worst affected as more than 50 animals have died in the region. Vast areas of Kaziranga, Manas National Parks and Pobitora Wildlife Sanctuary were inundated due to flood waters, forcing rhinos and several other animals to run towards the highlands to save their lives.

The Assam State Disaster Management Authority (ASDMA) had on Wednesday said that Brahmaputra and its tributaries were continuing to flow above the danger mark in Guwahati and several other parts of the state.

The Brahmaputra river has been flowing above the danger level in Jorhat, Tezpur, Guwahati, Goalpara and Dhubri along with rivers Burhidehing at Khowang in Dibrugarh district, Subansiri river at Badatighat in Lakhimpur, Dhansiri river at at Numaligarh in Golaghat district, Jia Bharali river at Sonitpur, Kopili river at Kampur and Dharamtul in Nagaon district. The ASDMA bulletin said that several roads had been cut off due to flood waters.