Game of Hotels: NCP shifts its MLAs from Hotel Renaissance to Hyatt Regency within hours

The Nationalist Congress Party (NCP) on Sunday evening shifted its MLAs, believed to be around 50, from one hotel to another in an attempt to throw alleged poachers off their trail. 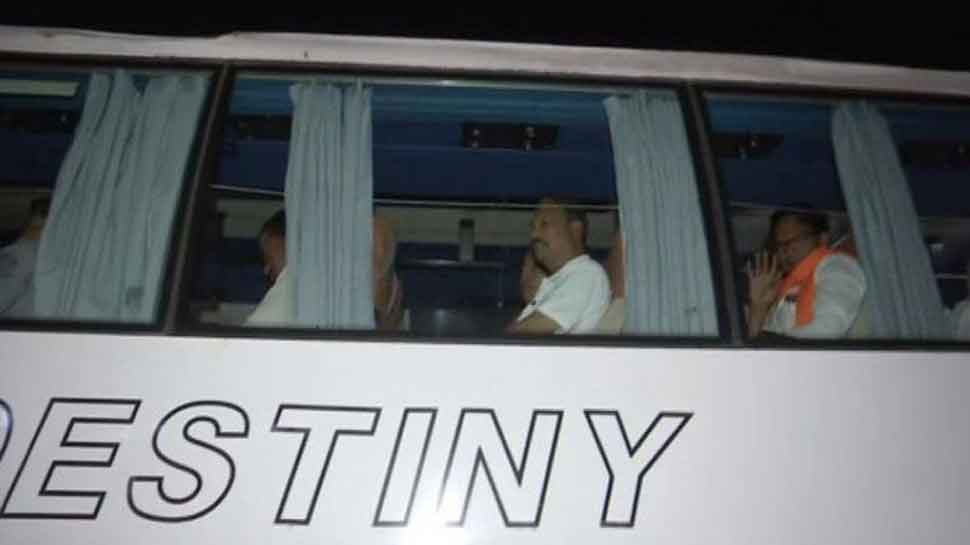 MUMBAI: The Nationalist Congress Party (NCP) on Sunday evening shifted its MLAs, believed to be around 50, from one hotel to another in an attempt to throw alleged poachers off their trail.

In a series of events that truly makes one think of a thriller drama, the NCP MLAs, who were lodged in Hotel Renaissance in Mumbai, have been shifted to hotel Hyatt Ragency, which is very near to the Mumbai airport. This was done as there was reportedly too much disturbance at Hotel Renaissance.

The NCP also got into a quarrel with some police personnel who were dressed in plain clothes and alleged that they were BJP workers who had come at the hotel with the intention to poach its MLAs.

On Sunday afternoon, the Shiv Sena, Congress, and the NCP had lodged all its MLAs in different hotels--  the Lalit, JW Marriott and Hotel Renaissance respectively, which are within 200 metres of each other.

The transfer of MLAs took place even as newly-sworn in deputy chief minister of Maharashtra Ajit Pawar met Chief Minister Devendra Fadnavis on Sunday for a late-night evening ahead of the Supreme Court's decision on the joint petition filed by Sena, Congress, and NCP demanding an urgent floor test.

On Sunday, Ajit Pawar was also involved in a Twitter exchange with his uncle and NCP chief Sharad Pawar. Ajit Pawar said that the BJP-NCP alliance will provide a stable government in the state, which was sharply rebuked by the NCP chief, who said that an alliance with the BJP was out of the question.

On Saturday, Ajit Pawar had suggested that all 54 of the NCP's MLAs in the 288-member state assembly would support the BJP. However, as the day wore, the number of MLAs supporting Ajit was reduced to four.

The Sena-Congress-NCP alliance has approached the Supreme Court demanding an immediate floor test. The court declined to oblige and, instead, asked the Centre to produce two key letters by 10.30 am on Monday.

Full electrification of Indian railways within the next three-four years: Piyush Goyal