All India Majlis-e-Ittehad-ul-Muslimeen (AIMIM) president Asaduddin Owaisi has made yet another attack on Prime Minister Narendra Modi-led NDA government, alleging while it talks about Mahatma Gandhi, it has his assassin Nathuram Godse in its mind. 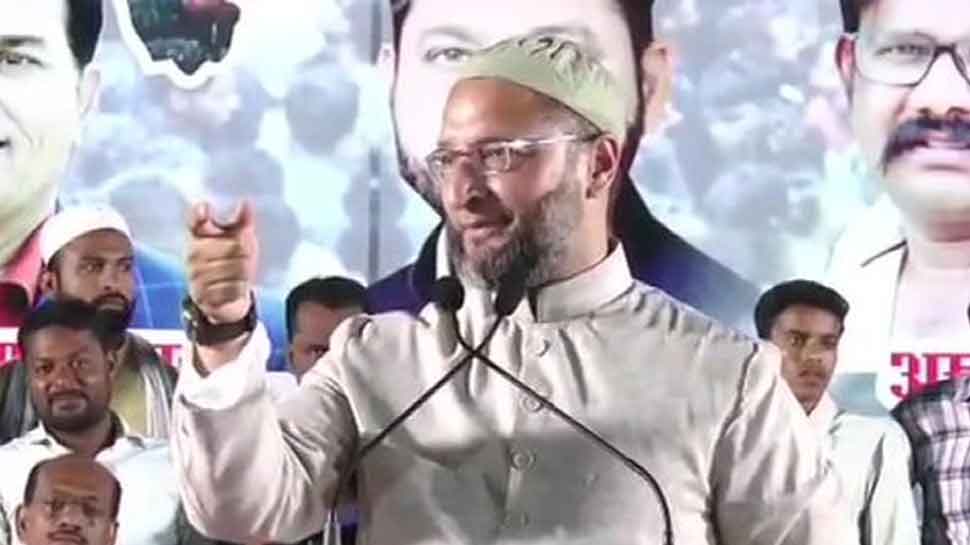 Aurangabad: All India Majlis-e-Ittehad-ul-Muslimeen (AIMIM) president Asaduddin Owaisi has made yet another attack on Prime Minister Narendra Modi-led NDA government, alleging while it talks about Mahatma Gandhi, it has his assassin Nathuram Godse in its mind.

The firebrand AIMIM leader made these remarks while addressing a public rally in support of AIMIM candidates in Aurangabad ahead of the October 21 assembly elections in Maharashtra.

Addressing his supporters, Owaisi said that the present rulers of the country consider Godse as their "hero".

"We are celebrating the 150th birth anniversary of Mahatma Gandhi. The present BJP government has Nathuram Godse in its mind and Mahatma Gandhi in its words,'' he said at the rally.

Continuing his attack on the current dispensation, the AIMIM chief said, "The present rulers admire Nathuram Godse as their hero. Godse killed Gandhi with three bullets but people are being killed here every day."

During his speech, Owaisi also raised the issue of farmer suicides.

A day earlier, Owaisi had attacked Home Minister Amit Shah, saying he was not telling the truth about Kashmir.

Speaking to reporters, the AIMIM MP said that the daughter of former J&K Chief Minister Mehbooba Mufti had to take the Supreme Court's permission to visit the state, as did CPI(M) General Secretary Sitaram Yechury, who wanted to meet his ailing party MLA.

"So whatever he (Shah) is saying, he is not stating the truth," Owaisi said. He said it was wrong of Shah to state in Parliament that Farooq Abdullah is free."...later on, he was booked under PSA."