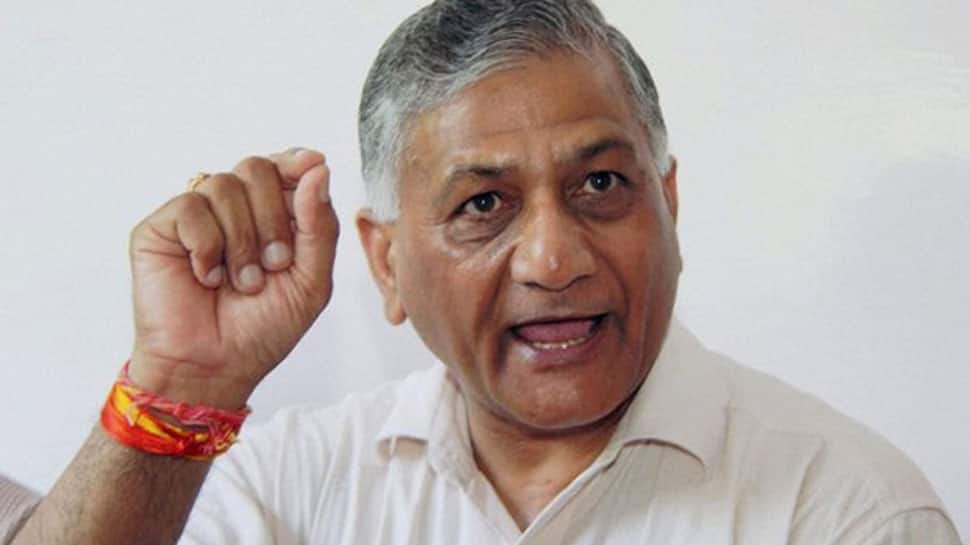 Gwalior: Reiterating the words of Army chief General Bipin Rawat, Union Minister and former Army chief General VK Singh hit out at Pakistan and said that the government has a "special strategy" for Pakistan-occupied Kashmir (PoK) on Thursday in Madhya Pradesh's Gwalior.

General Singh, Minister of State for Road Transport and Highways, was responding to the Army chief statement wherein General Rawat had said that the Army was always ready for action in PoK, however, it was waiting for the Centre's order. Former Army chief said that there is a "strategy, but it cannot be disclosed in public".

Earlier on Thursday, Army chief General Rawat had sent out a strong message to Pakistan and said that the Centre has to take a decision as regards what to do in PoK, stressing that Army is ready for any scenario.

"The government takes action in such matters. Institutions of the country will work as per the orders of the government. The Army is always ready," said Rawat. Talking about Jammu and Kashmir, Army Chief General Rawat said people of the region must help the Army in maintaining peace and security in the region. He added that Kashmiris have been bearing the brunt of terrorism for many years now and they should give one chance to the government to bring peace and development in the region.

Earlier on Tuesday, Union Minister Jitendra Singh had said that Prime Minister Narendra Modi-led central government is now aiming to retrieve parts of PoK and make them a part of India. "Next agenda is retrieving parts of Pakistan-occupied Jammu and Kashmir and making it a part of India. It is not only my party's commitment, but it was also part of a unanimously passed resolution of the Parliament in 1994. This was passed by the Congress-led government of Narasimha Rao," Singh had said.

Earlier on Sunday, Defence Minister Rajnath Singh had said that from now on, India will hold talks with Pakistan only on the issue of Pakistan-occupied Kashmir. "Article 370 was abrogated in J&K for its development. Our neighbour is knocking doors of the international community and saying India has made a mistake. Talks with Pakistan will be held only if it stops supporting terror. If talks are held with Pakistan, it will now be on PoK," Rajnath Singh had said while addressing a rally in Haryana.