The Gujarat ATS is now trying to ascertain if Rasheed ever visited Pakistan earlier and if it has anything to do with Tiwari's murder. 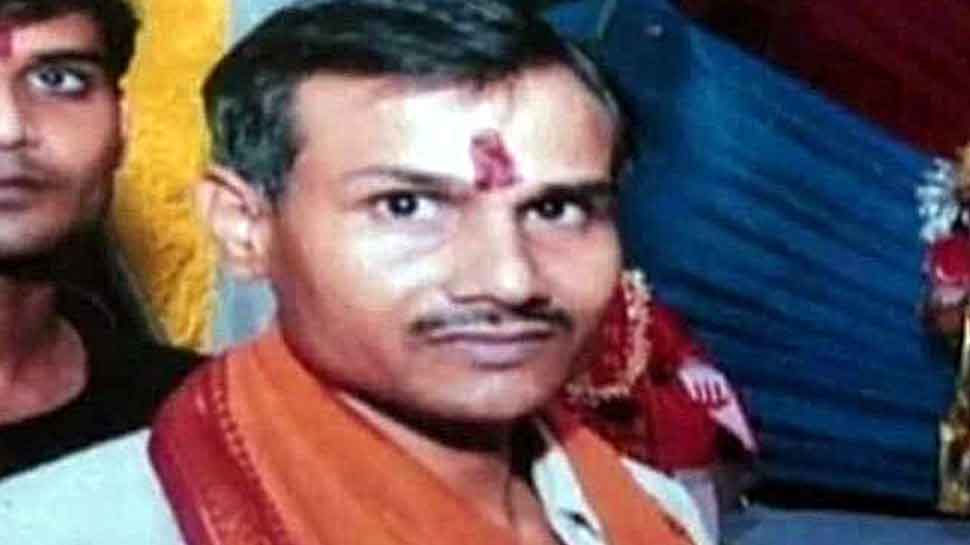 LUCKNOW: The Gujarat ATS, which has detained persons in connection with the murder of Hindu Samaj Party leader Kamlesh Tiwari in Lucknow on Friday, is now probing the Pakistani link to the crime.

It may be recalled that the Gujarat ATS had detained three persons, who have been identified as Maulana Mohsin Sheikh, Rasheed Ahmed Pathan and Faizan, in connection with the murder.

All three men were arrested in a joint operation by Uttar Pradesh and Gujarat Police from Surat.

The investigators believe that Rasheed was the mastermind while Faizan purchased the box of sweets which the killers used to hide their gun into on the day of the attack.

During the interrogation, the Gujarat ATS team found that Rasheed used to work in a company in Dubai, which was owned by a Pakistani national hailing from Karachi.

The Gujarat ATS is now trying to ascertain if Rasheed ever visited Pakistan earlier and if it has anything to do with Tiwari's murder.

Meanwhile, the Maharashtra Anti-Terrorism Squad (ATS) on Saturday detained one person in connection with Kamlesh Tiwari's murder. The person is being interrogated, the police said.

Kamlesh Tiwari was killed on Friday afternoon inside his residence in Naka Hindola area in Lucknow. The assailants managed to flee the spot. A revolver was also recovered from the site of the crime. A Special Investigation Team was constituted to investigate his murder.

Kamlesh Tiwari, who was the former leader of Hindu Mahasabha and had founded the Hindu Samaj Party in 2017, was cremated at his native place - Sitapur - on Saturday.

The family of the victim had said that he had received a death threat in 2016.

Uttar Pradesh Chief Minister Yogi Adityanath on Saturday said that he will the family members of deceased Hindu Samaj Party leader Kamlesh Tiwari, who was killed on Friday afternoon inside his residence in Naka Hindola area in Lucknow, on Sunday.

He will meet them around 5 PM in Sitapur. The Chief Minister could not meet the family as he was in Maharashtra and returned to the state in the evening. CM Yogi Adityanath had earlier called Kamlesh Tiwari's murder a conspiracy and an attempt to create terror in the state.

CM had said, "He was the President of the Hindu Samaj Party. The assailants came to his house in Lucknow yesterday, Saturday and had tea with him, and later killed him after sending all security guards out to buy something from the market."

CM also assured strict action and said agencies are probing the matter. While expressing grief over his killing, CM Adityanath also warned that those involved in his murder will not be spared.

"Whosoever will create an atmosphere of fear will be dealt with severely. Any such incident will not be tolerated. Anyone found involved in Kamlesh Tiwari will not be spared," CM Adityanath said. After being attacked, the leader was rushed to a hospital where he succumbed to injuries.

The family of deceased Hindu outfit leader on Saturday pressed for a probe by the National Investigation Agency (NIA) into the incident.