The AEW&C aircraft was inducted during a ceremony held at Air Force Station Bhisiana in Punjab. 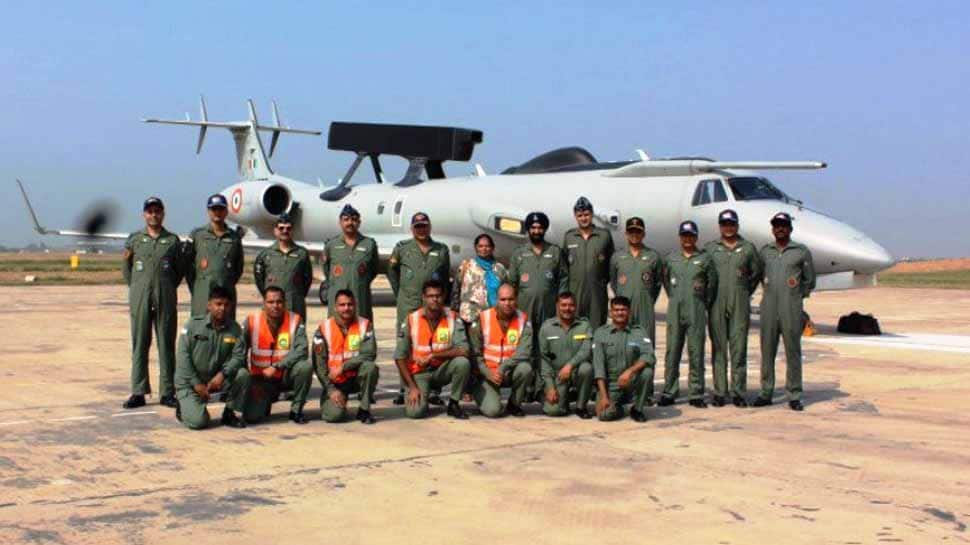 Here are seven salient features of the AEW&C system.

- It has been integrated on the Brazilian-made Embraer-145 aircraft

The first AEW&C aircraft was inducted into the IAF on February 14, 2017 during the Aero India-2017 held at Bangalore. The aircraft has since provided Air Defence surveillance and control from the mountainous terrains of J&K, through the deserts of Rajasthan and stretching to the Rann of Kutch.

It also took part in all major exercises conducted by IAF over the last two years.

The AEW&C aircraft also participated in Ex-Cope India 2018, where it controlled both Indian and US fighters. This potent force multiplier also holds the distinction of undertaking the first-ever Air-to-Air refuelling by any transport aircraft in the IAF inventory.

The induction of the second indigenously built AEW&C aircraft is another significant step towards fulfilling the ‘Make in India’ vision, and bolstering the operational capability of the IAF.