Four people were caught unawares when a sudden rise in the water level of Tawi left them stranded. 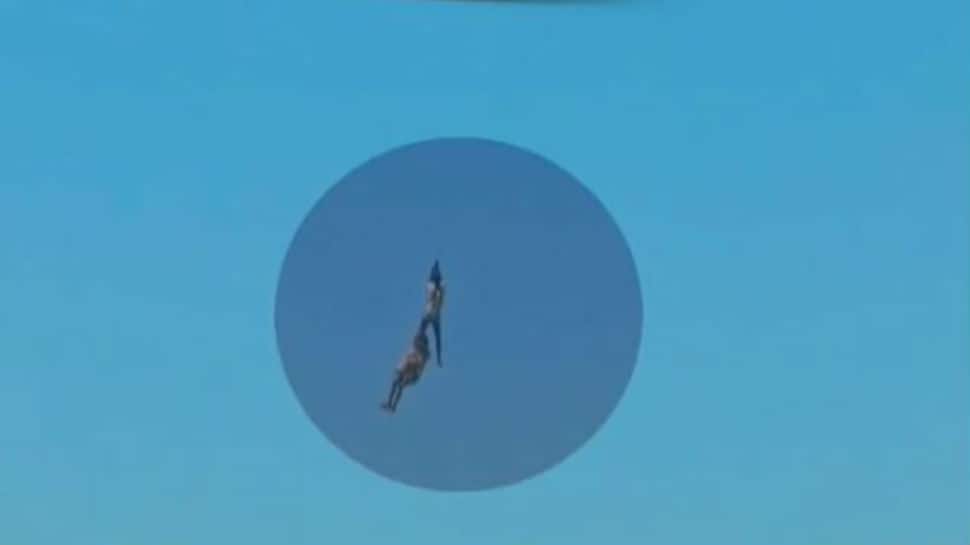 The group was stranded when water in the river increased all of a sudden. Hanging on to their lives, the prayers of the people were answered when an IAF chopper was deployed to carry out the rescue operation.

In an operation that lasted well over two hours, the stranded people - believed to be local fishermen - were taken to safety using ropes dangled from the chopper. Garud commandos climbed down these ropes on top of the raging river to help the stranded people climb up.

Two of the four even lost their grip while climbing up and fell into the river but were rescued downstream by local police personnel.

It is reported that windy conditions had made the operation difficult but the highly-trained commandos managed to keep the rope and the chopper steady for the other two civilians to make their way up.

IAF, apart from the Indian Army, Navy, personnel from National Disaster Response Force as well as state disaster units have been working overtime to provide relief to people affected by floods across the country. Several states are severely affected by floods with heavy showers wreaking havoc.