The Jammu and Kashmir administration has requested the Indian Air Force to airlift the Amarnath Yatra pilgrims out of the Kashmir valley. 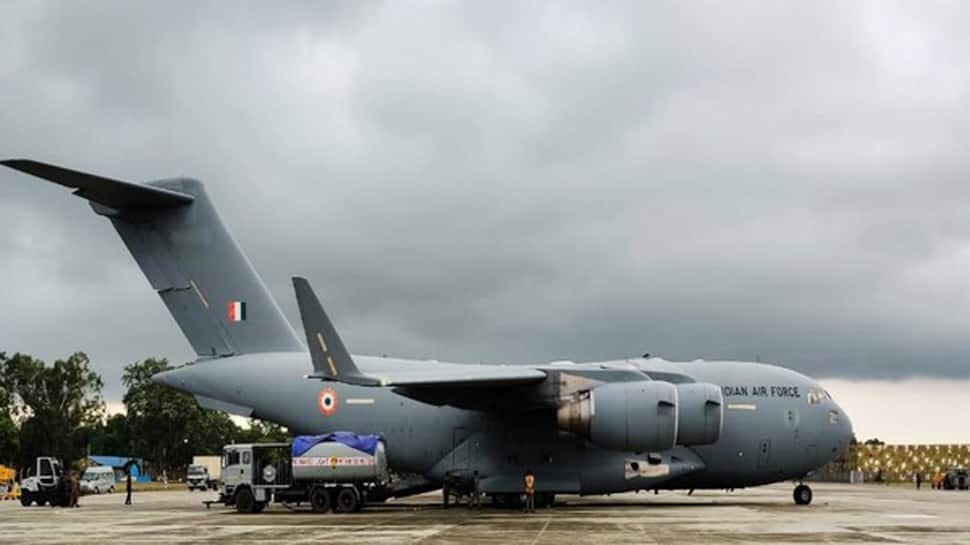 The Jammu and Kashmir administration has requested the Indian Air Force to airlift the Amarnath Yatra pilgrims out of the Kashmir valley to places such as Jammu, Pathankot or Delhi, from where they can go back home.

The C-17s are already operating to rush in paramilitary troops from different parts of the country for precautionary deployment in the Valley. The C-17 Globemaster can airlift around 230 passengers in one go and takes less time than the Russian Ilyushin-76 to fly between different places.

The Jammu and Kashmir administration has issued an advisory to the Amarnath Yatra pilgrims to curtail their pilgrimage and move out of the state as early as possible. Steps have been taken in view of attempts made by the Pakistan-based terrorist groups including the Jaish-e-Mohammed to carry out strikes against the pilgrims and security forces deployed in the state.

The government’s decision to curtail the ongoing Amarnath Yatra in Jammu and Kashmir came after a series of intelligence inputs were received by security agencies, warning of multiple terror attacks by Pakistan based Jaish-e-Mohammad.

These plots were in their final stages of planning before crucial intelligence inputs were received by the Indian security establishment that resulted in quick mobilisation of troops for counter-insurgency operations.

According to latest reports, three JeM operatives were positioned in terror launch pads in the Nezapir sector of PoK, opposite the Indian post of Shahpur sector in Poonch.

The report also suggested that an IED attack was being planned on convoys of security forces along the Srinagar-Baramulla-Uri National highway in the near future.