IAF's Mi-17 V5 from which Wing Commander Tarun Chaudhri made the wingsuit skydive jump is a transport helicopter, equipped with modern avionics and glass cockpit instrumentation. The rotary-wing IAF aircraft has state-of-art navigational equipment, avionics, weather radar and is nigh vision-compatible.

The rare wingsuit skydive was that first jump by an IAF pilot who has flown and captained the same type of helicopter. It was also the first flying wingsuit jump demonstration at an organised gathering and was undertaken during the Kargil Diwas celebrations at the Indian Air Force base in Jodhpur on July 21-22, 2019.

While announcing the rare feat, the IAF posted details and videos of the same on its Facebook and Instagram pages along with its Twitter handle. Titled "#Chronicles of IAF #Adventure: Making History", the IAF post said, "The feat is the deepest imprint of ethos and professionalism of IAF, be it adventures or operations". "Congratulations & Touch the Sky with Glory!!!," the IAF added about Wing Commander Chaudhri's jump. 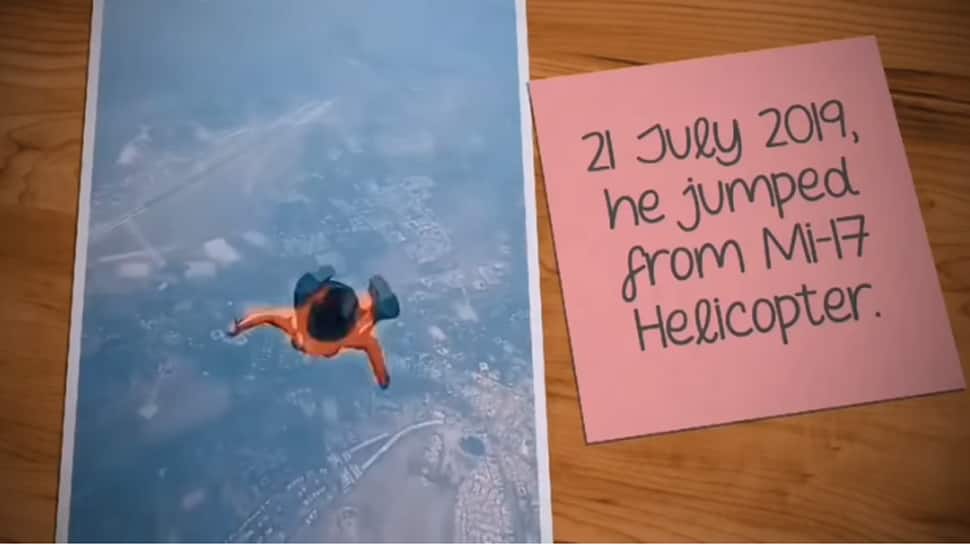 IAF's Mi-17 V5 is a transport helicopter, equipped with modern avionics and glass cockpit instrumentation. The rotary-wing aircraft has state-of-art navigational equipment, avionics, weather radar and is nigh vision-compatible.

India observes Kargil Vijay Diwas on July 26 every year in honour of the brave soldiers of the Indian Army and IAF who fought Pakistani intruders and soldiers in the icy heights of Kargil region of Jammu and Kashmir from May to July 1999. Hundreds of Pakistani soldiers had occupied the high mountains on the Indian side of the Line of Control in Kargil and neighbouring areas of Jammu and Kashmir in early 1999 leading to military action by the Indian armed forces.

India defeated the Pakistani army, which was forced to vacate the mountains but also lost 527 soldiers during the battle.