If we have to go across LoC, we will: Army Chief General Bipin Rawat warns Pakistan

Talking to an English daily, the Army Chief stressed that the 2016 surgical strikes and the Balakot airstrikes in 2019 sent a clear message to Pakistan that India is not interested in playing a 'hide and seek' game anymore and the Indian Army is willing to cross the LoC to eliminate terrorists and their supporters. 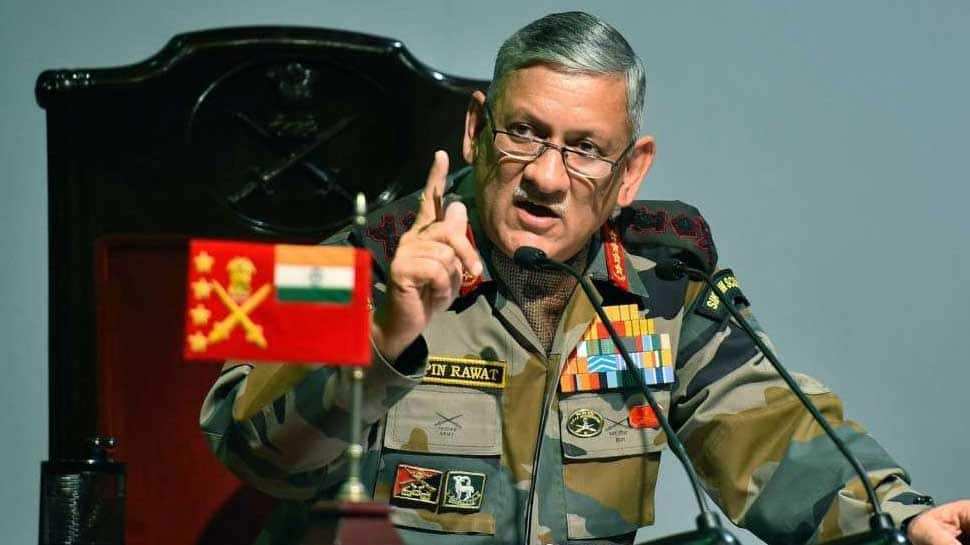 Issuing a stern warning to Pakistan, Army Chief General Bipin Rawat on Sunday said that the Line of Control between India and Pakistan is sacrosanct but Indian forces will not hesitate in crossing the LoC if Islamabad keeps on trying to create disturbances in India.

Talking to an English daily, the Army Chief stressed that the 2016 surgical strikes and the Balakot airstrikes in 2019 sent a clear message to Pakistan that India is not interested in playing a 'hide and seek' game anymore and the Indian Army is willing to cross the LoC to eliminate terrorists and their supporters.

Commenting on Pakistan's latest call for jihad over Kashmir, General Rawat said that it shows that terror infrastructure is existing in Pakistan and they are looking for opportunities to push terrorists inside India. "Ït is a tacit acceptance of their support to terrorism in Jammu and Kashmir" noted the Army chief.

General Rawat expressed surprise over Pakistan Prime Minister Imran Khan's 'threat' regarding nuclear war between India and Pakistan in his speech at the United Nations General Assembly (UNGA) on Friday (September 27) and said that the Pakistani prime minister must understand that nuclear weapons are meant for deterrence and they are not used in conventional war. Taking a jibe at Imran Khan, General Rawat said that Khan's statements highlight his inappropriate understanding of nuclear weapons. It may be recalled that in his UNGA speech, Khan had issued threats of a nuclear war over Kashmir and said that terror attacks would take place in India and his country will be blamed for these attacks.

On Monday (September 23), General Rawat had said that terror camp in Balakot, which was attacked by the Indian Air Force in February to avenge the terror attack on CRPF personnel in Pulwama in Jammu and Kashmir, has been reactivated. According to General Rawat, the fact that the Jaish-e-Mohammad (JeM) camp in Balakot has been reactivated suggests that it was destroyed earlier.

Speaking at the Young Leaders Training Wing programme in Chennai, the Army chief said that India would not repeat the actions carried out in the past. “We did surgical strikes and airstrikes, now let’s keep the enemy guessing,” he said.