Union Health Minister Dr Harsh Vardhan on Saturday (August 22, 2020) said while India has the lowest fatality rate due to coronavirus COVID-19, it probably has the best recovery rate in the world. 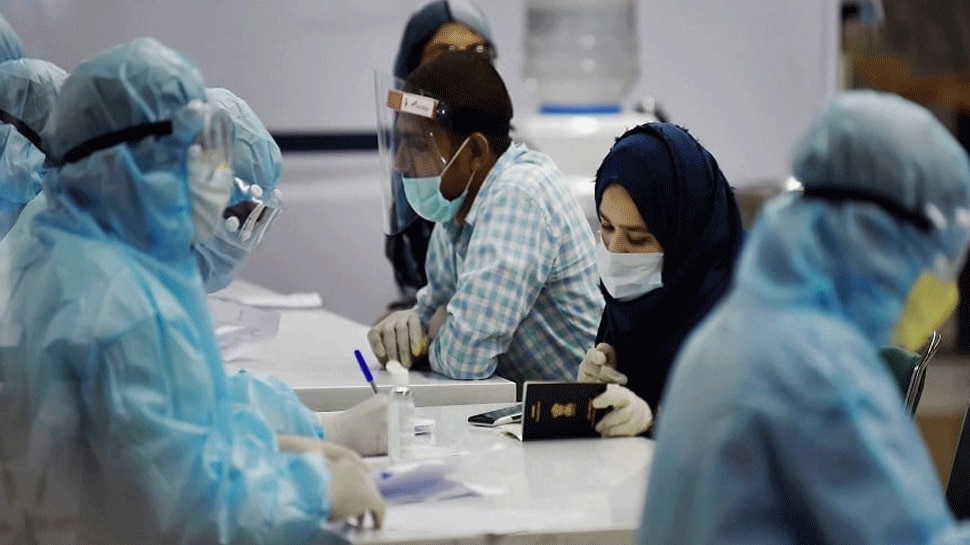 New Delhi: Union Health Minister Dr Harsh Vardhan on Saturday (August 22, 2020) said while India has the lowest fatality rate due to coronavirus COVID-19, it probably has the best recovery rate in the world.

"As far as COVID-19 numbers are concerned, our fatality rate, 1.87 per cent, is really low and we have probably the best recovery rate (75 per cent) in the world. We have around 1,500 testing labs now. It is a great achievement in itself," Health Minister Harsh Vardhan was quoted as saying news agency ANI.

The Health Minister said that contrary to what the experts had claimed about the number of COVID-19 cases reaching 300 million in the country, including five-six million deaths, by July-August, India had less than three million cases, out of which 2.2 million have already recovered.

"Also, we have achieved the target of testing 10 lakh tests per day six weeks before the set deadline. We now have 1,511 testing labs in the country," he added.

He further said the Indian scientists are working very hard to develop a vaccine and provide it to the world.

"Out of the three vaccine candidates, one has entered the third phase of trials. We are confident that within this year we will provide the world with an effective vaccine to save the people," Harsh Vardhan said.

The number of samples tested for COVID-19 per day has crossed the million mark in India, according to the Indian Council of Medical Research on Saturday.

The death toll climbed to 55,794 with 945 fatalities being reported in a span of 24 hours, the data updated on Saturday showed. The COVID-19 case fatality rate has declined to 1.87 percent, it said.

There are 6,97,330 active cases of coronavirus infection in the country which comprises 23.43 percent of the total caseload, the data stated. India's COVID-19 tally had crossed the 20-lakh mark on August 7.

The total number of samples tested up to 21st August is 3,44,91,073 which is also inclusive of 10,23,836 samples tested yesterday, said the Indian Council of Medical Research (ICMR).

Of the 945 fresh deaths, 339 are from Maharashtra, 101 from Tamil Nadu, 93 from Karnataka, 91 from Andhra Pradesh, 64 from Uttar Pradesh, 55 from West Bengal, 34 from Punjab, 15 from Jammu and Kashmir, 14 each from Gujarat and Madhya Pradesh, 13 from Delhi, 12 each from Kerala, Chhattisgarh and Rajasthan and 11 from Jharkhand.