India is a country, not an inn; infiltrators will have to go: JP Nadda

The BJP working president made these remarks while addressing the Vijay Sankalp Yatra in Jharkhand. 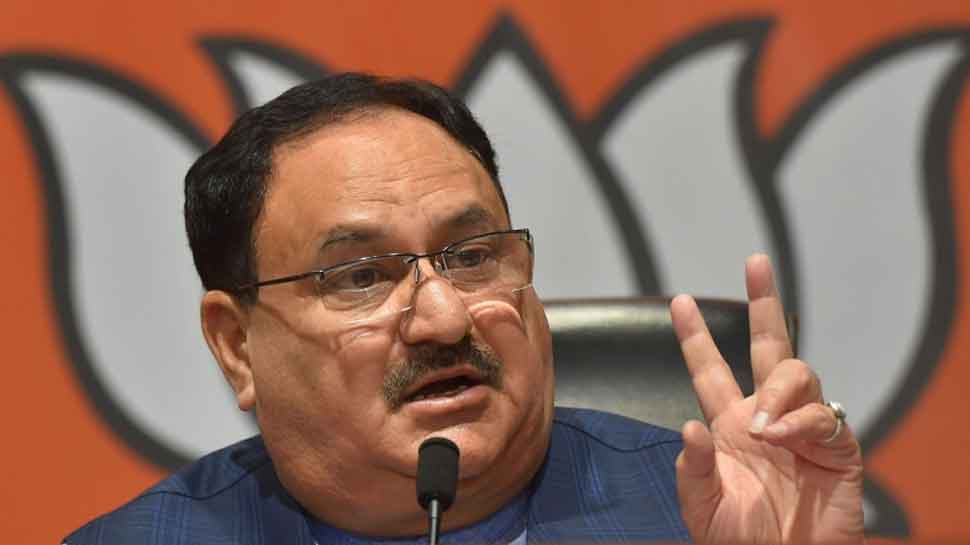 Bokaro: In an apparent reference to the National Register of Citizens (NRC), BJP national working president JP Nadda has now said that no infiltrator will be allowed to live the country.

"In the time to come, we`ll make arrangements where no infiltrator will remain in our country. Infiltrators will go out and Hindus, Jains, Sikhs, Christians, who were tortured outside, will be given refuge by India. It's a country, not an inn," Nadda said.

The BJP working president made these remarks while addressing the Vijay Sankalp Yatra in Bokaro, Jharkhand on Friday. Jharkhand Chief Minister Raghubar Das and state BJP leaders were also present at the event.

During his speech, Nadda also touched on several other issues like the abrogation of Article 370, Prime Minister Narendra Modi's Houston visit and the government's crusade against corruption.

"If you remember, five years back corruption used to be in full swing. Fragile governments were unable to control the situation," he said.

It may be noted that despite stiff resistance from several states, the Narendra Modi government has said that the controversial National Register of Citizens (NRC) will be implemented in other parts of the country after Assam as well.

BJP chief and Union Home Minister Amit Shah, who recently visited West Bengal, had said that the NRC will be implemented in the TMC-ruled state too.

The Home Minister, while addressing the 'NRC-Jagaran Abhiyan' at Netaji Indoor Stadium in Kolkata, said that the Centre will bring the Citizenship Amendment Bill (CAB) to grant citizenship to Hindus, Jains, Buddhists and Christians who flee persecution in Muslim dominated countries and settle in India, vowing to deport 'every single infiltrator' from the state.

"BJP-led Central government will not allow any infiltrator to stay in the county while refugees belonging to Hindu, Sikh, Jain, Buddhist, Parsi, and Christian religions will be given citizenship," he said.

Shah also accused West Bengal Chief Minister and Trinamool Congress supremo Mamata Banerjee of spreading misinformation about the NRC that Hindu refugees will have to leave the state.

He added that he had come to the state to assure the residents that refugees belonging to Hindu, Buddhist, Jain, Sikh, Parsi, and Christian religions won't be asked to leave the country.

Shah urged BJP workers to go to every house in Bengal and expose the Trinamool's campaign. "Political interest should not be above national interest and the interest of the state," he said.