India is in the midst of prolonged slowdown due to Modi govt's all-round mismanagement: Manmohan Singh

Former prime minister Manmohan Singh said that our economy has not yet recovered from the man-made blunders of demonetisation and a hastily implemented GST. 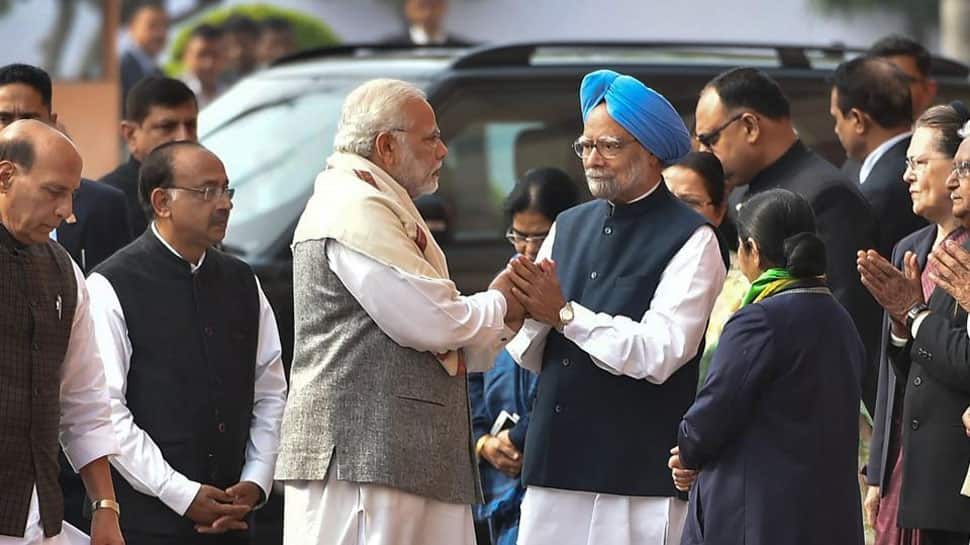 Former prime minister Manmohan Singh on Sunday blamed the “all round mismanagement” by Prime Minister Narendra Modi-led NDA government for the prevailing economic situation in the country. Referring to the Gross Domestic Product (GDP), the veteran Congress leader said that “we are in the midst of a prolonged slowdown”.

Terming the current state of economy as “deeply worrying”, the former prime minister was quoted by news agency ANI as saying, “Last quarter's GDP growth rate of 5% signals that we are in midst of a prolonged slowdown.”

According to Singh, India has potential to grow at a much faster rate. “But all-round mismanagement by Modi government has resulted in this slowdown,” added the Congress leader.

The Congress veteran also used the opportunity to reiterate that it was the demonetisation and the Goods and Services Tax (GST) that had led to the prevailing situation.

“This makes it very clear that our economy has not yet recovered from the man-made blunders of demonetisation and a hastily implemented GST,” said the former prime minister.

Singh’s attack comes a day after Congress general secretary Priyanka Gandhi Vadra targeted the government over the annual GDP for 2019-20 slowing down to seven-year low at five per cent.

Taking to microblogging site Twitter, the Congress leader had said that the GDP rate showed that the Bharatiya Janata Party (BJP)-led government, which had promised ‘Achche din’ (good days), has punctured the economy.

The renewed attacks by the Congress party come after government data showed that the GDP for 2019-20 slowed down to seven-year low at five per cent as against eight per cent in previous fiscal and 5.8 percent for Q4 2018-19.