The UNSC is set to decide on Tuesday whether to designate Jaish-e-Mohammad chief Masood Azhar as a global terrorist. 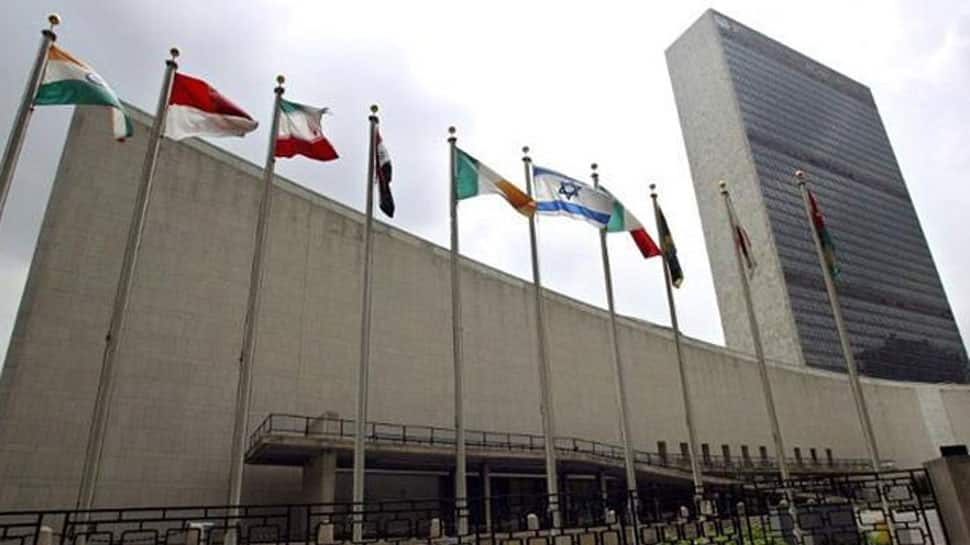 NEW DELHI: India slammed Pakistan at the 40th Session of the Human Rights Council for its constant covert support to terrorism and raking up the Kashmir issue and situation of minorities in the country.

In the Second Right of Reply, First Secretary at India's Permanent Mission to the United Nations in Geneva Mini Devi Kumam said, "Despite its public commitment in January 2004 not to allow its soil or territory under its control for terrorism against India, Pakistan continues supporting terror attacks against India, the latest being the Pulwama terror attack last month."

She reminded Pakistan of its "infamous distinction" of hosting 132 UN-designated terrorists and 22 terrorist entities.

The development came ahead of the decision on listing of Jaish-e-Mohammad chief Masood Azhar under UN terror list by United Nation Security Council 1267 committee.

The Indian diplomat said, "India has been repeatedly urging Pakistan to take action against Jaish-e-Mohammad and other UN proscribed terror organizations and prevent Jihadis from being trained and armed inside Pakistan."

Pakistan based Jaish-e-Mohammad took responsibility for the Pulwama terror attack that killed more than 40 CRPF personnels on 14th February.

On the issue of Islamabad raking up situation of minorities at the world body,Kumam while highlighting how "India is a secular State and safeguarding the rights of minorities forms an essential core of our polity", said, minorities in Pakistan face "blasphemy laws, systemic persecution, discrimination, denial of basic rights and freedoms, enforced disappearances and killings."

She further added, "Pakistan today stands out as the country having more cases of blasphemy than the rest of the world put together in the past few years."

Pakistani Prime Minister Imran Khan has consistently tried to raise the issue of minorities in India in last 3 months while turning a blind eye to situation in his own country.

New Delhi also rejected Pakistan's false narratives on Kashmir saying Pakistan "consistently misled the world" regarding its involvement in the Indian State of Jammu and Kashmir starting from its "aggression in 1947 and stationing its large troops in the Pakistan occupied territories in violation to the international laws."