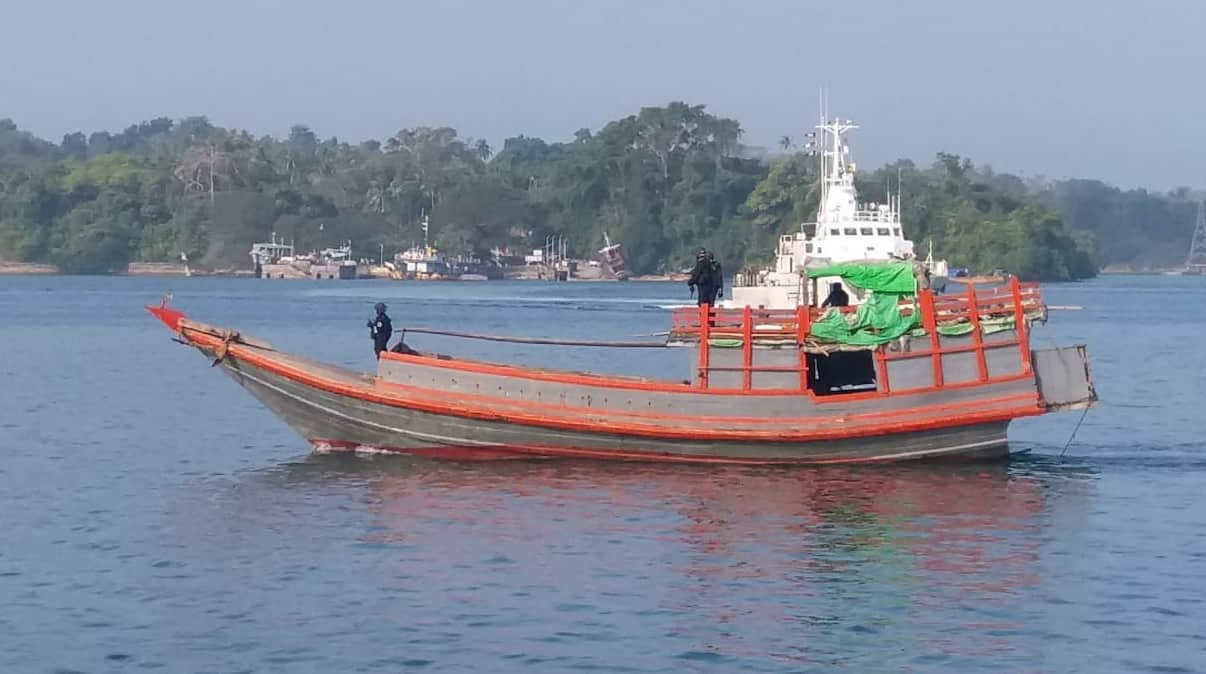 ICGS Aruna Asaf Ali, on patrol, was diverted for investigation. At about 1800 hrs on 20 Dec 19, Aruna Asaf Ali sighted the boat 125 nautical miles from nearest land, little Andaman. The vessel failed to stop on being challenged by the ship. The ship fired 03 warning shorts in air and forced the vessel to stop.

At 1815 hrs, the ship’s boarding party embarked the vessel. The vessel was found to be of Myanmarese origin with 06 crew persons onboard. Since the vessel was plying in the Indian waters carrying unidentified items suspected of being contraband, the vessel was apprehended alongwith its crew.

The total weighing of the contraband is 303 Kgs (approx.). Each packet contains suspicious white crystalline substance. The ship carried out preliminary investigation with the available drug detection kit and found that the substance is a banned drug Methaqualone. Further, the crew failed to produce any supporting document.

The ship entered Port Blair alongwith apprehended boat and crew at 0800 hrs on 22 Dec 19. NCB team ex-Kolkata carried out the preliminary investigation and reported that the substance is believed to be banned drug Methaqualone.

In last three months, this is the second catch of contraband during independent operation conducted by Indian Coast Guard at sea in Andaman and Nicobar Region. The ever vigilant and sustained efforts by Indian Coast Guard has resulted in apprehension of seventh boat involved in violation of various laws within the India EEZ in last six months.