The BJP President was in the city on a one-day visit to address the Bharatiya Janata Party`s Shakti Kendra Sammelan and chair a meeting of party workers ahead of the Lok Sabha elections. 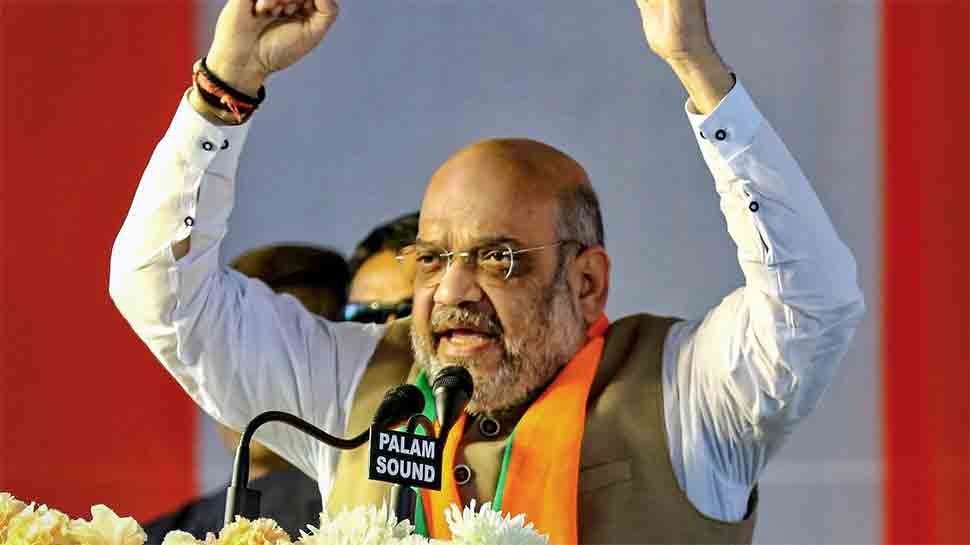 New Delhi: BJP President Amit Shah said on Monday that Indian security forces will give a befitting reply to the "cowardly" terror attack in Jammu and Kashmir in which 49 CRPF troopers lost their lives.

"Indian forces will hit back at the right time to avenge this cowardly attack. The BJP has always followed the policy of zero tolerance against terror. The party stands with the families of the CRPF troopers who sacrificed their lives for their motherland," Shah said.

The BJP President was in the city on a one-day visit to address the Bharatiya Janata Party`s Shakti Kendra Sammelan and chair a meeting of party workers ahead of the Lok Sabha elections.

Shah said the opposition parties had decided to form a grand alliance to defeat Prime Minister Narendra Modi in the Lok Sabha polls.

"Why is the opposition not declaring its Prime Ministerial candidate?" Shah asked.

The BJP President also took a jibe at the opposition by asking whether different leaders in their ranks plan to take turns to become the Prime Minister on different days of the week and whether Sunday will be a holiday.

Shah said the BJP`s defeat in the Rajasthan Assembly polls doesn`t affect the BJP. "We believe in a fighting spirit. We never get disappointed with defeat, nor do we become arrogant after victory."

Soon after the programme, Shah returned to Delhi to attend a meeting on security issues in the aftermath of the Pulwama suicide bombing in Jammu and Kashmir, cancelling two other meetings scheduled in Jaipur for the evening, BJP sources said.