Under the Nirbhaya Fund, Yadav said, the railways has received Rs 500 crore for installing CCTV cameras on the railway premises across the country. 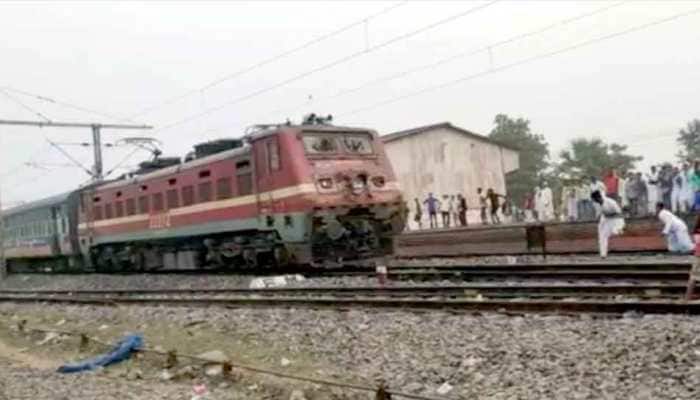 Speaking to reporters, Yadav said that the railways will recover the cost of the losses at their premises from those involved in the arson, adding that the amount could go up as the exact figure is yet to come from the zonal railways.

Yadav also informed that railways has floated tenders for installing CCTV cameras at all the stations and in all the coaches by March 2022, adding "By December this year, the railways has installed CCTVs at 503 railway stations across the country."

He said that the railways will also be using facial recognition and Artificial Intelligence to identify culprits.

Giving a clarification on privacy issues and surveillance of passengers, Yadav said, "The CCTV in the train coaches will be fitted in the common area and it will not compromise with the privacy of the passengers."

Talking about the punctuality of the trains, Yadav said that 60 per cent of the locomotives have been installed with the RTIS (Real Time Information System) whereas the rest of the work will be completed by next year in collaboration with the Indian Space Research Organisation (ISRO).

Yadav said, "RTIS in collaboration with ISRO for automatic chart preparation and passenger train information has been fast-tracked and till date, we have installed the RTIS system in over 2,700 electric locomotives and 3,800 diesel locomotives provided with RAMLOT."

He further added, "Balance of the 6,000 locomotives to be provided with the RTIS in a year`s time and tenders have been floated for the same," while emphasising that automatic control charting is being done for 6,500 locomotives across the country.

Answering to a question on privatisation of the railway production units, Yadav said that there are "no plans" for privatising the railway manufacturing units, adding "We are not going to privatise railways but we are holding discussions on corporatisation."

Earlier this month, several railway properties were damaged by angry protestors in different parts of West Bengal. The protestors had torched the station master`s cabin and ransacked the ticket counter before setting it on fire in Beldanga in the state`s Murshidabad district.

In Howrah district, protesters barged into Uluberia station under the South Eastern Railway and vandalised its premises, as well as a couple of trains. A driver and a railway personnel were also among the injured in the stone-throwing.

Delhi Assembly election 2020: Don't vote us if we have not done work, says Arvind Kejriwal