Taking to micro-blogging site Twitter, the EAM said that the Army doesn't use firearms as per provisions of two bilateral agreements sealed in 1996 and 2005. 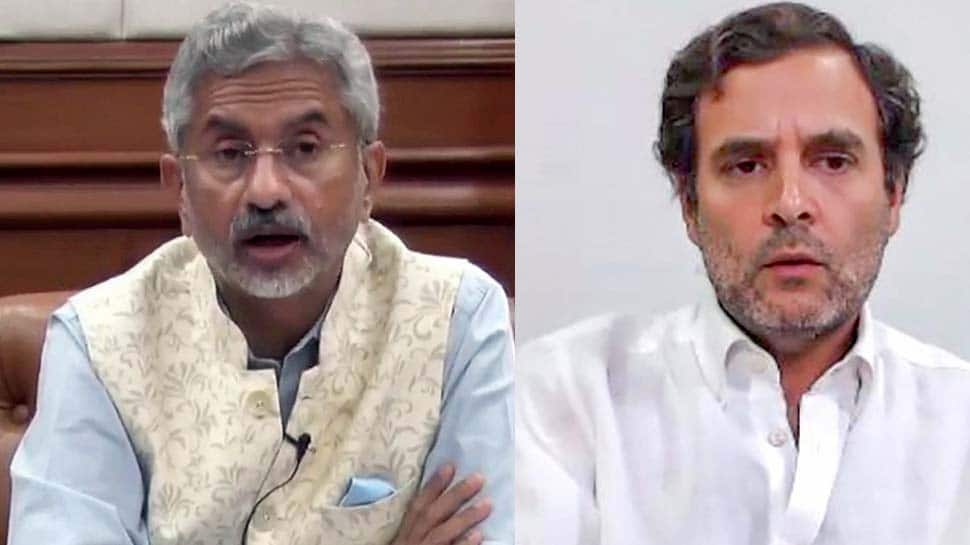 Taking to micro-blogging site Twitter, the EAM said that the Army doesn't use firearms as per provisions of two bilateral agreements sealed in 1996 and 2005.

"Let us get the facts straight. All troops on border duty always carry arms, especially when leaving post. Those at Galwan on 15 June did so. Long-standing practice (as per 1996 & 2005 agreements) not to use firearms during faceoffs," Jaishankar tweeted.

Gandhi had asked why the soldiers of the Indian Army were sent "unarmed" in Ladakh and who is responsible for sending them towards danger. He also said that China committed a major crime by killing the unarmed soldiers.

The Indian Army had said that 20 of its soldiers were killed in violent clashes with Chinese troops during a face-off in Galwan on June 15 night. This is the biggest ever military confrontation between the two armies in over five decades. In a statement, the army said that almost the same number of Chinese troops have been killed during the clashes in the Galwan Valley.

Taking to micro-blogging site Twitter, Gandhi in a video message said, "China has committed a major crime by killing unarmed Indian soldiers. I want to ask who sent these bravehearts towards danger without arms and why. Who is responsible for this," he asked in a video message. Earlier he had also tweeted, "How dare China kill our UNARMED soldiers? Why were our soldiers sent UNARMED to martyrdom."

The Indian Army on June 16 had said in a statement, "Indian and Chinese troops have disengaged at the Galwan area where they had earlier clashed on the night of 15/16 June 2020. 17 Indian troops who were critically injured in the line of duty at the stand-off location and exposed to sub-zero temperatures in the high altitude terrain have succumbed to their injuries, taking the total that were killed in action to 20. The Indian Army is firmly committed to protect the territorial integrity and sovereignty of the nation," the official release had said.