India's strength and success has been a force for global peace, stability: Sushma Swaraj 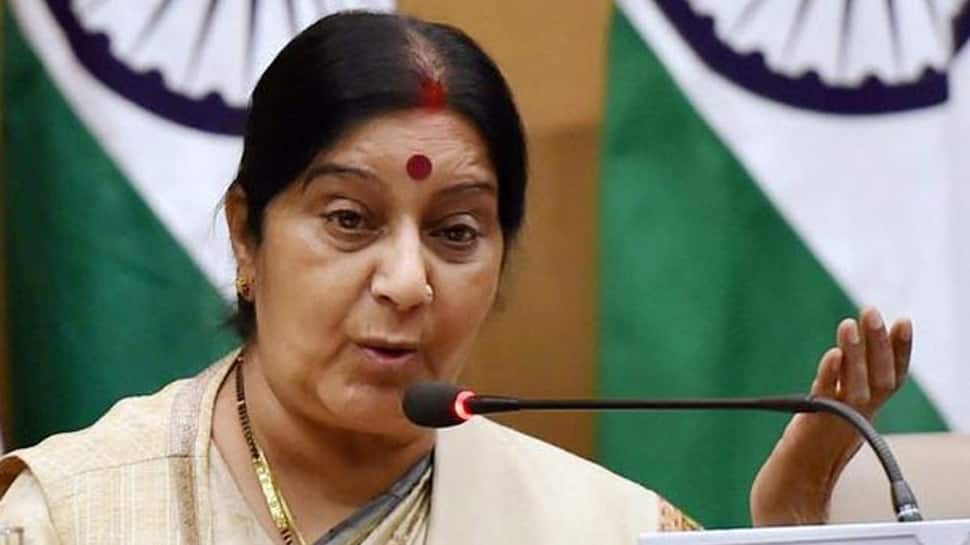 New Delhi: Asserting that no country is immune to the "existential threat" of terrorism, External Affairs Minister Sushma Swaraj on Wednesday said the need of hour is to ensure zero tolerance towards terrorism and those using it as an "instrument of convenience".

In an address at the Raisina Dialogue, Swaraj, touching on various geo-political developments, said India's strength and success has been a force for global peace, stability and prosperity and that it stands for a democratic and rules-based international order in which all nations thrive as equals.

Swaraj said India's consistent message has been that unresolved border issues can be resolved bilaterally, when approached in the right spirit and in an atmosphere free from violence and hostility. The comments are seen as a veiled reference to China with which India has a lingering border dispute.

Delving into various challenges facing the world, she also said that with unwavering belief in multilateralism, India speaks not just for itself but also for the cause of justice, opportunity and prosperity around the world.

"For us, transformation is not just a domestic agenda, it is a global vision," she said.

Talking about the challenge of terrorism, she said there was a time when India would talk about terrorism, and it would be treated as a law and order issue on many global platforms.

"Today, no country, big or small, is immune to this existential threat, particularly, terrorism actively supported and sponsored by states. In this digital age, the challenge is even greater, with a greater vulnerability to radicalisation," she said, in presence of foreign ministers of several countries including Iran.

She also referred to India's proposal at the United Nations in 1996 for a Comprehensive Convention on International Terrorism.

"It remains a draft to this day, because we cannot agree on a common definition. Ensuring zero-tolerance towards terrorism, and those who use it as an instrument of convenience, is the need of the hour," Swaraj said.

Threat of proliferation of weapons of mass destruction was identified by Swaraj as another key challenge facing the world.

Referring to India's neighbouring countries, she said, "We have rebuilt India's bridges, both literally and figuratively speaking, with its immediate and extended neighbourhood."

"We have devoted a much higher level of resources and attention to our neighbourhood, not only when it comes to formal diplomatic engagements but also in pushing next generation regional connectivity and critical infrastructure, and also at times of distress and need," said Swaraj.

She particularly talked about India's SAGAR (Security and Growth for All in the Region) initiative and said it has spurred a qualitative transformation in New Delhi's engagement with the Indian Ocean Region in recent years.

"At the same time, our commitment to upholding territorial integrity and sovereignty remains unwavering. Our consistent message is that unresolved border issues can be resolved bilaterally, when approached in the right spirit and in an atmosphere free from violence and hostility," she said.

Highlighting India's external engagement, she said it is building sustainable development partnerships stretching from the Indian Ocean and Pacific Islands to the Caribbean, and from the continent of Africa to the Americas.

"Our partnerships are consultative, non-reciprocal, and outcome oriented. We are of the firm belief that to be truly sustainable, such regional initiatives must be based on universally recognized international norms, good governance, openness, financial viability, and transparency," she said.

Talking about India's engagement in various multilateral forums, Swaraj said India is a proactive and constructive contributor to promoting and upholding global peace and security.

Complimenting the organisers of the Raisina Dialogue, Swaraj also said that discussions and debates on foreign policy should not remain confined to the select few ? whether it is politicians, bureaucrats, or elite academia.

"In today's interconnected and interdependent world, foreign policy has a direct and visible impact on the daily lives and well-being of all sections of people at home," she said.