J&K: PDP chief Mehbooba Mufti was ordered to shift to an alternate residence in Srinagar.

SRINAGAR: People’s Democratic Party (PDP) chief and former CM Mehbooba Mufti has been asked to vacate the government quarters she has been living in, located in south Kashmir’s Anantnag district. The eviction notice was served to her by the Jammu and Kashmir administration for quarter number 7 at Housing Colony Khanabal as per ANI. It ordered her to vacate the premises in 24 hours after which legal action can be taken against her. "You are asked to evict the quarter under reference within 24 hours failing which action warranted under law shall be taken against you," read the notice by Deputy Commissioner Anantnag. The news of the eviction notice was confirmed by Mufti in October.

Why did she get an eviction notice?

The J&K administration offered Mufti another bungalow to reside in Srinagar. Mufti is being asked to shift into another home due to a change in policy after the state was converted into a Union Territory in 2019.

Also Read: Article 370 will be 'brought back' with interest: Former Jammu and Kashmir CM Mehbooba Mufti

Earlier, former chief ministers of J&K were given certain perks such as they were allowed to stay in their official residences even after the end of their tenure. However, these perks are not available to the former CMs anymore. Consequently, former CMs of Jammu and Kashmir - Omar Abdullah and Ghulam Nabi Azad left their official residences in 2020. 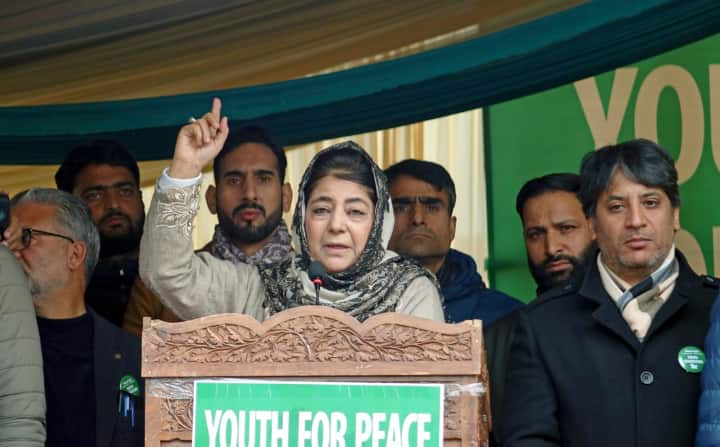 Her former accommodation, Fairview Bungalow on Gupkar road, was previously an interrogation centre called PAPA-II and it served as an official guest house till 1989. It was named so after the Border Security Force occupied it in 1990. According to reports, this centre was used regularly to conduct interrogations, until senior J-K bureaucrat Ashok Jaitly moved into it in 1996 and used it as his residence.